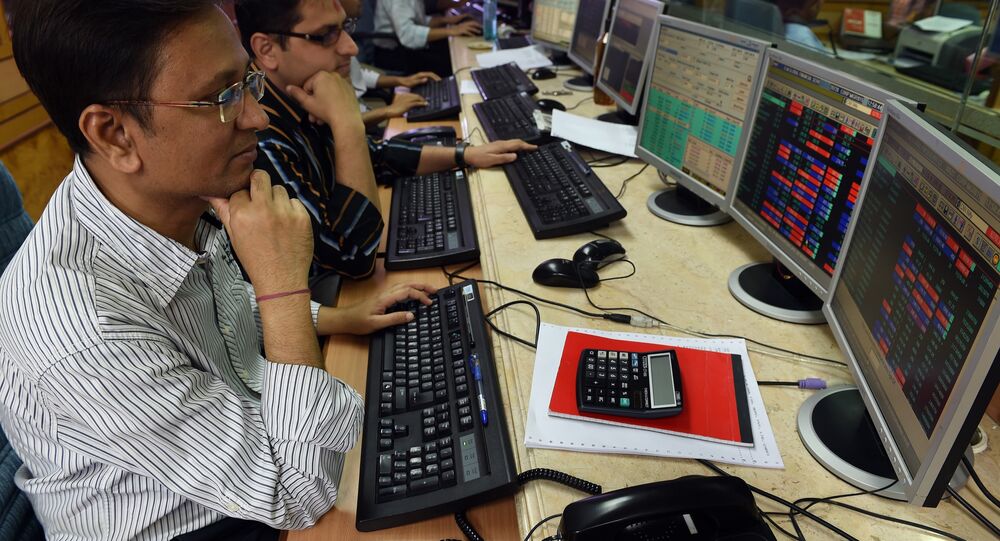 New Delhi (Sputnik): The Bombay Stock Exchange (BSE) Sensex, in a first, crossed the 40,000-mark after climbing around 1,000 points, while NSE Nifty touched the 12,000-level in early trading.

Investor sentiment has been buoyant since exit polls predicted a stable government and comeback of the Narendra Modi-led government for a second-term. Th rupee and sovereign bonds have also strengthened in the early trading. The rupee strengthened to 69.40 against the US dollar which is its highest in the last three months.

© REUTERS / Pawan Kumar
Early Celebrations Break Out at Ruling BJP's Headquarter in New Delhi
The market expects that in second term the government will take firm steps to privatise loss-making state funded units and tighten fiscal policy to give a push to economic growth.

Earlier this week, the United Nations (UN) lowered its forecast for India's annual growth in 2019-20 to 7.1% from its earlier estimate of 7.5% but emphasised that "Strong domestic consumption and investment will continue to support growth, which is projected at 7% in 2019 and 7.1% in 2020".