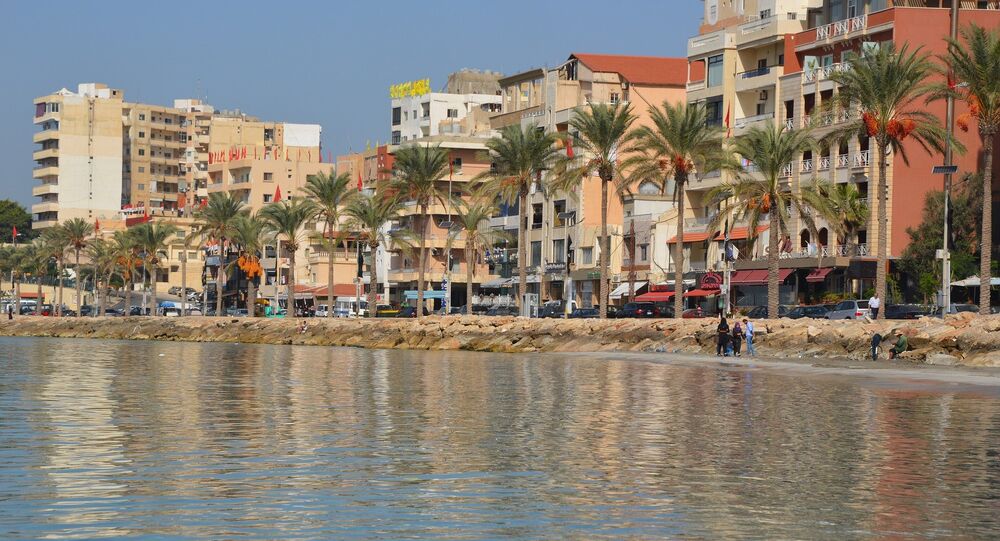 The Lebanese government is debating a possible package of economic reforms to tackle the budget deficit, reassure investors, and support business confidence in order to prevent a looming recession.

Kristian Rouz — The Lebanese Finance Ministry unveiled a set of measures to reduce the budget deficit this year, while supporting economic growth through regulatory action. The move comes in the wake of remarks by Prime Minister Saad Hariri, who said his cabinet would implement reforms in order to prevent an 'economic collapse'.

According to Finance Minister Ali Hassan Khalil, the nation's fiscal deficit could be below 9 per cent of GDP this year. Khalil said his drafted budget proposal could see a deficit of 8.5 per cent, depending on Lebanon's overall economic performance this year.

Some economists have voiced concerns over the poor state of Lebanon's public finances, saying the nation could soon face a sovereign default. But Prime Minister Hariri vowed reforms to prevent such a scenario.

"We are still far from bankruptcy," Hariri said. "What we are doing is a proactive action to spare the country economic collapse… We have a golden opportunity to reach an understanding with the president, the speaker of Parliament and the parties represented in the Council of Ministers to reach a reform budget."

© REUTERS / Nir Elias
Lebanon Threatens to Strike Israeli Airport if Military Conflict Erupts - Report
Lebanon's GDP growth was just 1 per cent for the entire 2018, down from 10.1 per cent back in 2009, and below the average 2.1 per cent between 2012 and 2017. Hariri is seeking comprehensive reforms that would reassure investors, spur business activity, and improve the performance of the nation's manufacturing and services sectors.

For his part, Finance Minister Khalil made his remarks while talking to journalists on Saturday, saying his budget proposal is expected to be finalised this weekend.

The Finance Ministry's efforts to improve Lebanon's fiscal performance come as the nation is struggling to support its pace of economic expansion in the face of political tensions with Israel, and the controversies surrounding a prominent force in Lebanese politics, Hezbollah.

The Lebanese government is seeking to implement austerity policies, similar to those enacted in several EU countries following the European debt crisis of the early 2010s. Officials are considering cutting fiscal spending by at least $2 bln per year, and plan to increase budget revenue by $1 bln without raising taxes.

One way to achieve the latter goal is to grow the nation's tax base — which could be done by cutting red tape and supporting business activity and job-creation. However, in the tense environment of Lebanese politics, this might be hard to do.

Lebanon's banking system has faced significant disruptions recently, with the nation's central bank halting its operations due to a workers' strike. The Lebanese stock exchange has been operating on-and-off as well, making it harder for investors to allocate capital in Lebanese projects, which is expected to have adverse effects to the nation's GDP growth.

"All of our operations are linked to the Banque du Liban," Tanal Al-Sabah of the Association of Banks in Lebanon said. "All the normal demand for the dollar and the lira exceeds the daily supply of the branches. If the Banque du Liban does not provide us with liquidity, we won't be able to meet customers' requests."

Lebanon's government debt is roughly 160 per cent of GDP, and, if nothing changes, is expected to hit 180 per cent by 2023. Although austerity appears to be necessary, the Lebanese public is generally opposed to such proposals, saying top businessmen and government officials should pay the price of the alleged economic mismanagement of the past few years.

"There is a deep disagreement today on who bears the cost of the austerity," Ayham Kamel of the Eurasia Group said. "Is it the financial sector, the government and the public sector, or politicians and their related enterprises?"

Lebanon's unemployment rate stood at 6.2 per cent in 2018, compared to 6.3 per cent the previous year. However, Lebanon's younger generation are growing increasingly frustrated over the nation's economy, citing the lack of career opportunities and well-paid jobs in the country. Additionally, rife corruption has hindered Lebanon's investment appeal over the past few years.

Lebanon has yet to unveil a comprehensive reforms package. Meanwhile, a group of international donors have pledged an $11-billion package of economic assistance to the nation, which will only be available if the government takes action to confirm its commitment to reducing deficits and battling corruption.