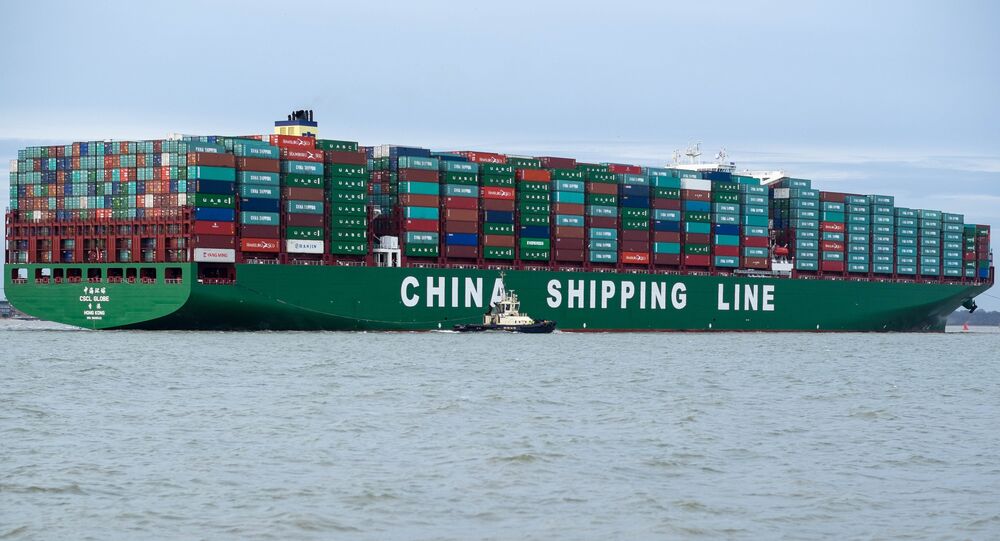 In the past, China has resorted to such tactics, dumping its products at predatory rates in many markets including India, the report added.

New Delhi (Sputnik): China is likely to guide its exports towards emerging markets including India to neutralise its industries from ongoing trade tensions, India Ratings and Research, a Fitch group company, said in its report.

"This could potentially disrupt the demand-supply dynamics in the Indian domestic markets, especially for products such as electronic goods, iron and steel and organic chemicals," India Ratings and Research said on Friday.

The agency expects the contraction in Chinese trade flows to the US to result in massive flows of goods and commodities such as electronic and electrical components, steel, chemicals, plastic items and other products to India.

The report added that a likely devaluation in the Chinese yuan due to a fall in exports to the US could stimulate a competitive depreciation in the Indian rupee, and that the competitiveness of Indian exports could be affected.

© REUTERS / Jason Lee
China Cuts US Debt Holdings to Two-Year Low Amid Escalating Trade Tensions
Chinese exports accounted for about 18% of total US imports in 2018, representing 2.34% of US GDP.

On Thursday, trade tension between the world's two biggest economies deepened further after the Trump administration blacklisted Chinese telecom giant Huawei Technologies Co Ltd., making it extremely difficult for it to do business with US firms.

"The trade war can't bring China down. It will only harden us to grow stronger," People's Daily, a Chinese state media outlet, reported on Friday.

The research firm also opined that India is unlikely to benefit much from the ongoing trade frictions between the US and China.

"There is a stark difference in the nature of commodities exported by India and China to the US. For instance, pharmaceutical products, and gems and jewellery accounted around 30% of the Indian exports in 2018 to the US, while electronic goods and capital goods accounted for 47% of Chinese exports to the US in 2018," the report explained.

The recent tariff war between the US and China started last week, after US President Donald Trump announced an increase in tariffs from 10 percent to 25 percent on $200 billion worth of Chinese goods.

Trump blamed China for the recent trade tensions, after talks between top US and Chinese negotiators to try to rescue a faltering deal aimed at ending end a 10-month trade war between the world's two largest economies failed.