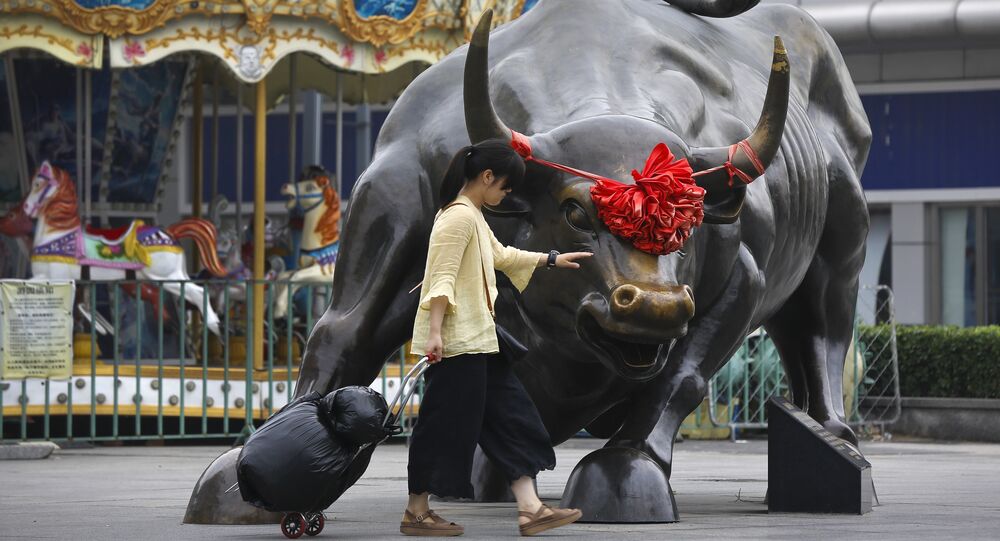 BEIJING (Sputnik) - Beijing is determined to win the trade war with the United States though it does not want the economic conflict to grow in intensity, China's Foreign Ministry spokesman said after the two countries again exchanged tariffs on each other’s imports.

"China does not want a trade war but we are not afraid of it. If someone brings the war to us we will fight it until we win", Geng Shuang told reporters at a daily briefing.

The statement follows the Chinese announcement on 13 May of its decision to hike tariffs on $60 billion of US imports starting in June. The country was responding to the latest round of bilateral US-Chinese trade negotiations which ended last week in Washington without any resolution and instead resulted in the United States introducing more tariffs on Chinese goods.

© AFP 2021 / FRED DUFOUR
Chinese Central Bank Devalues Yuan by 0.6% as Trade War With US Heats Up
US President Donald Trump increased on 10 May tariffs on around $200 billion worth of Chinese imports from 10 percent to 25 percent. The president also ordered tariffs to be raised on all remaining US imports from China, which are valued at around $300 billion.

Relations between Washington and Beijing have been tense since US President Donald Trump decided last June to impose 25 percent tariffs on $50 billion worth of Chinese goods in a bid to fix the US-Chinese trade deficit. Since then, the sides have exchanged several rounds of trade duties. During this time, bilateral trade talks to end the dispute have been ongoing, but to no avail.