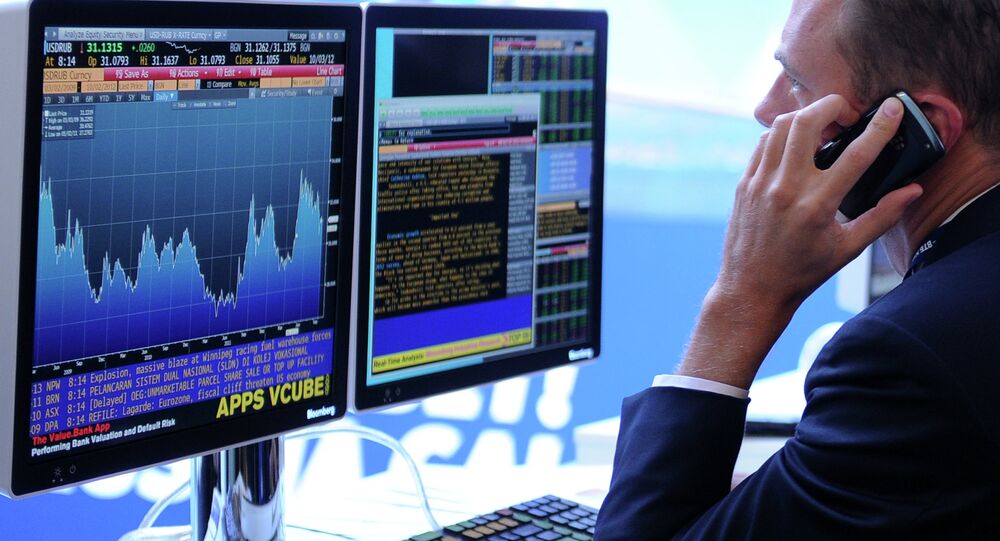 Kristian Rouz — Economists at the British multinational bank Standard Chartered forecast the 2020s to be the 'decade of Asia', as several prominent economies in the region are expected to grow at a pace exceeding 7 percent per year over the coming years.

The analysts say five of the seven quickest-growing economies in the next decade are in Asia, suggesting international investment flows could pivot to the lucrative Asian markets as well.

© AFP 2021 / Lillian SUWANRUMPHA
US Attempts to Pull ASEAN Nations Away From China - Journalist
According to a new report from Standard Chartered released Sunday, GDP growth in Bangladesh, India, Myanmar, the Philippines, and Vietnam is set to exceed the 7-percent mark. Outside of the Asian region, the economies of Cote d'Ivoire and Ethiopia are expected to expand at a similar pace, while the rest of the world would grow at a slower pace.

A quicker economic expansion in Asia and Sub-Saharan Africa could solve many problems that have plagued these regions for decades.

Despite a similarity in growth expectations for the next decade, the patterns of GDP expansion in aforementioned economies vary country-to-country. In Myanmar, the government has yet to undertake comprehensive reforms aimed at developing the services sector and attracting foreign direct investment (FDI).

In Vietnam, a greater degree of transparency and openness to international business would be a desirable pre-requisite, while Bangladesh and the Philippines are expected to enjoy the ongoing expansion in export-reliant manufacturing.

Meanwhile, India has to resolve the issues related to central bank independence, and improve effective household incomes to spur expansion in its domestic consumer market.

"Faster growth not only helps to lift people more quickly out of absolute poverty, but is also usually accompanied by better health and education, as well as a wider range of — and better access to — goods and services," Standard Chartered's report reads.

© AFP 2021 / FRED DUFOUR
China's GDP Grew By 6.4% Year-on-Year in 1st Quarter of 2019
However, a complex set of political, social, and economic issues will be hard to tackle in the near-to-medium-term. Many Asian and African nations are struggling to address corruption, rampant poverty, and high unemployment rates — despite years of robust economic expansion.

Additionally, near-term risks — such as international trade tensions, swings in global energy prices, and subdued investor sentiments — could also drag on the pace of GDP expansion across Asia.

According to a separate report from the ASEAN+3 Macroeconomic Research Office (AMRO), overseas risks, including trade, as well as heightened inflation, and a rapid credit expansion over the past few years pose risks to financial and macroeconomic stability in Asian economies.

"Monetary conditions have tightened, but credit continues to expand," AMRO said in its report. "Credit growth is anticipated to remain elevated, but as real borrowing costs start to rise, it is likely to moderate."

However, experts at Standard Chartered point out that a faster economic growth has also driven savings and investment rates across Asia, with the '7-percent club' members having savings-to-GDP ratios of at least 20-25 percent. This might offset the risks posed by credit expansion.

Overall, economists at both Standard Chartered and AMRO agree that the risks facing Asian economies are gradually moderating, which could indeed result in quicker growth across the region throughout the next decade.