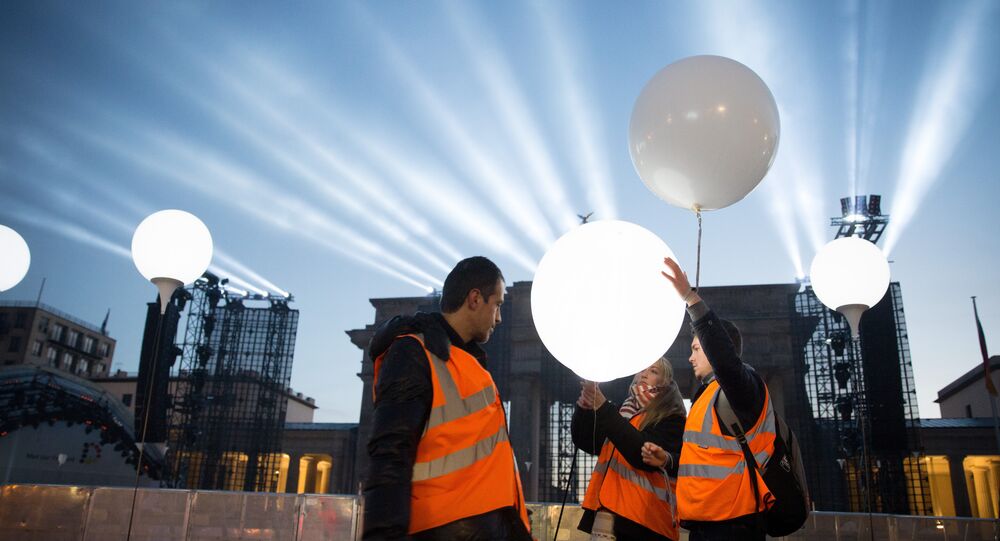 The Earth’s shortage of helium has now become so acute that party stores selling festive floating balloons are closing.

© Sputnik / Alexandr Kryazhev
'Resource Security is a Key Factor for Economic Success' - Global Footprint CEO
At least 45 Party City retail stores in the US have been shuttered as worldwide helium stocks diminish and prices rise, according to reports.

Extracted from the ground, finite helium reserves and the ongoing shortage has resulted in higher prices worldwide, according to Gizmodo.com.

The publicly traded New Jersey-based Party City boasted some 900 retail outlets in 2015, according to reports, but those numbers have dwindled.

Noting what the company referred to as "helium challenges," Party City CEO James Harrison reported on Thursday that an unprecedented five percent of its retail locations would close up shop, according to Gizmodo.

As helium is integral to those happy floating balloons that enliven festive gatherings, the company's website went so far as to offer creative hacks to make up for the disappearance of a favorite kid's object.

"You can create a balloon arch or balloon wall with latex and foil balloons," the company's website noted, suggesting that a lack of helium should not deter a customer from buying their product.

"No need for helium; just some tape and creativity," the party supply retail outlet mused.

While the loss of floating party balloons may only be a first-world problem, the loss of the element for the scientific and medical communities could be acute, according to Gizmodo.

"If we get to the point where we just can't keep up with demand, either prices will go up to create new incentives to find more, or we're going to develop substitute technologies that don't rely on helium," he added.

While we probably won't miss the squeaky voice induced by huffing the inert gas, it's a safe bet the world would be a more dour place without party balloons.