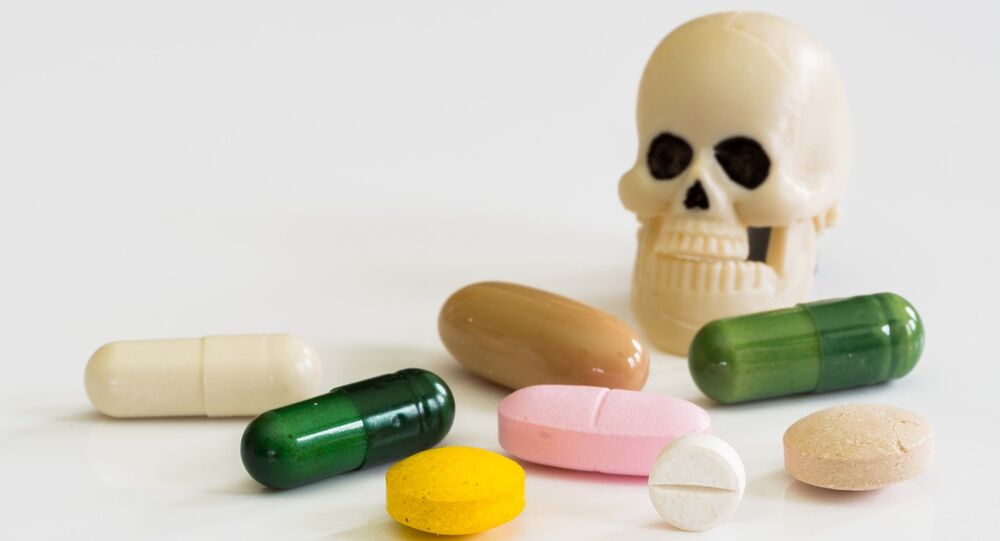 As medical technology charges ahead, increasing in specificity and effectiveness, the ability to delay death by meaningful stretches of time will come tantalizingly close to hand ‒ and companies that can provide that service are going to be raking in the dough. At least, this is what big US banks are betting on, according to a new report.

A new report by Bank of America called companies working to delay death one of the next decade's biggest investment opportunities, a market that by 2025 will be worth at least $600 billion, CNBC reports.

Bank of America Merrill Lynch analysts Felix Tran and Haim Israel noted in the report that "Medical knowledge will double every 73 days by 2020 vs. every 3.5 [years] in 2010, and genomic sequencing costs have fallen 99.999% since 2003."

"This has enabled a new frontier in precision medicine to further extend life expectancy, heralding a 'techmanity' (technology meets humanity) revolution," they wrote.

Extending life spans is already a $110 billion market, Bank of America found. It predicted five aspects of this research are going to be the industry's major future drivers: genomics, big data and artificial intelligence in healthcare, future food, "amortality" and "moonshot medicine." These five sub-industries could "propel lifespans well beyond 100," an NBC report on Bank of America's research explained.

(Amortality, coined in 2009, was then defined as "the trend of living agelessly" and now ecompasses the technology, health and wellness products that allow that to occur; moonshot medicine is the practice of working toward bold and seemingly out of reach goals in hopes of making radical leaps.)

Already, some of the world's biggest tech companies are working on anti-aging technologies. The Google-backed Calico Labs says it's "tackling aging and increasing healthspan" with "cutting-edge science and transformative technology… fueled by intellectual freedom and creativity." Several moonshot initiatives are working toward cures and preventions for different cancers.

Aiding in this research will be the astronomical amounts of pure data we can now collect through wearable technology like smart watches and other devices. Unsurprisingly, tech leaders like Apple, Google and Amazon are going to be majorly involved in these developments — and will drive big data and health AI to become a $36 billion industry by 2025, according to Bank of America. By the same year, gene editing will be a $41 billion business.

But it's amortality that will be the bulk of this industry sector — Bank of America is predicting it will be a $504 billion market giant within the next six years. In 2009, Catherine Mayer wrote for Time Magazine that amortality was a strange alchemy created by the intersection of the baby boomer trend of resisting aging "with a massive increase in life expectancy and a deep decline in the influence of organized religion — all viewed through the blue haze of Viagra."

She cited the advice of futurist and inventor Ray Kurzweil in her piece to "live long enough to take advantage of forthcoming ‘radical life-extending and life-enhancing technologies,'" and the opinion of Cambridge University gerontologist Aubrey de Grey, who said at the time, "We are in serious striking distance of stopping aging," that the standard view of aging as a natural process that occurs independently of disease is "nonsense" and that human lifespans could be extended indefinitely.

Though Mayer was skeptical that amortals could do more than simply behave anachronistically before conking out like the rest of us, the decade of scientific advancement since her piece was published has only whetted appetites for real "solutions" to aging. In 2018, Statista found that the global anti-aging market was already worth more than $50 billion and projected it would grow by 5.7% in the coming years. Mordor Intelligence predicted similar trends.

The industry is "bringing unprecedented increases to the quality and length of human lifespans," according to Bank of America's analysts. But critics remain. Barbara Ehrenreich in 2018 took on the wellness industry in her book "Natural Causes: An Epidemic of Wellness, the Certainty of Dying, and Killing Ourselves to Live Longer," in which she points out that it can be difficult to find hard evidence that a number of much-touted disease prevention efforts are actually at all effective, and that aspects of the pervasive wellness culture can sometimes work to shift blame for poor health outcomes onto individuals, letting unequal and unjust social, medical and economic systems off the hook. Again.