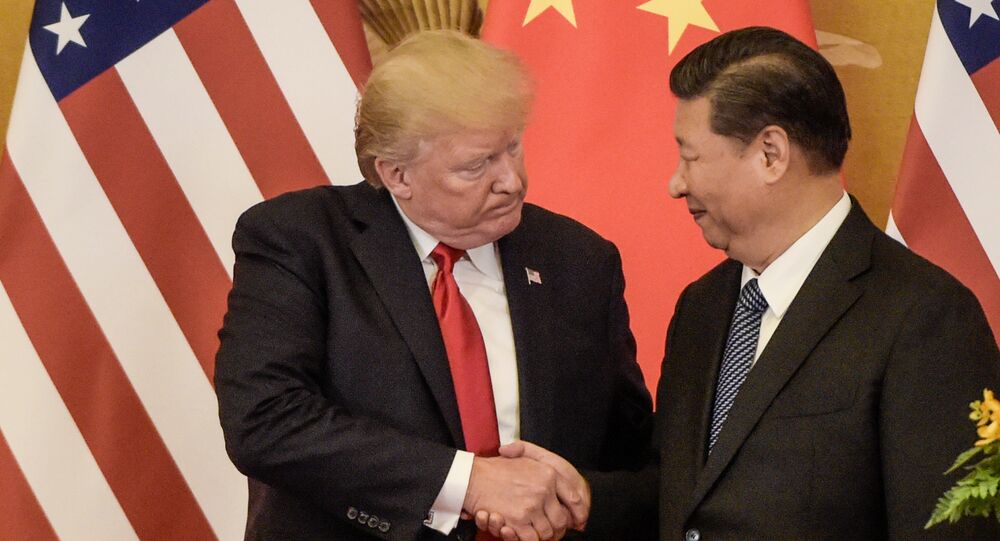 The trade dispute between the two states took a new turn after US President Donald Trump announced that 10% tariffs on $200 billion worth of Chinese goods will be raised to 25%, vowing to impose additional taxes on $325 billion more products soon.

American business magnate, investor and Berkshire Hathaway chairman Warren Buffett has commented on the ongoing trade row between the US and China in an interview with CNBC, saying that if it escalates into a full-blown trade war, it will affect not just the two states, but will be "very bad" for the entire world. He further added that this prospect "would be bad for everything Berkshire [Hathaway] owns", but noted that probability of such a scenario is low.

© REUTERS / Hyungwon Kang
Trump on Tariffs: US Loses $500bn Trading With China, Not Going to Do it Anymore

At the same time, Buffett refused to predict the outcome of the dispute between the US and China, explaining that both countries' heads of state are "very much used to getting their way in politics" and that their actions will affect how they will be perceived in their countries.

Commenting on Trump's recent threat to impose 25% tariffs on $200 billion worth of Chinese goods, the investor said that such threats can actually work and get people to the negotiating table. He added though that there is always a risk that one of the sides decides to fulfil such threats.

READ MORE: US on Friday to Bump Tariffs 25% on $200bn Worth of Chinese Goods — Trump

Buffett noted that he would lead negotiations with China in a different manner than US President Donald Trump, but noted that sometimes some of the approaches the latter uses can fit the situation.

Still, the Berkshire Hathaway chairman warned that no matter how the dispute between the two states ends, there will be always tensions between them and that each round of negotiations with China "won't be like a garden party".

US President Donald Trump announced on 5 May that $200 billion worth of Chinese goods, currently taxed at 10% will see a tariff rise up to 25% due to the slow pace of talks with Beijing on a new bilateral trade deal. He also warned that an additional $325 billion worth of goods from the Asian country, which are currently imported without taxes, will soon also be slapped with 25% tariffs.

The trade row between Washington and Beijing kicked off in 2018 after the US imposed 10% and 25% tariffs that affected major import flows from China. Beijing responded reciprocally, imposing tariffs on similar volumes of American goods. Since then, the countries have exchanged several rounds of new tariffs, but eventually sat down to the negotiating table.

At the beginning of 2019, Trump refused to go ahead with another round of taxes on Chinese goods, citing progress in negotiating a trade deal with Beijing. He changed his tune on 5 May, saying that China is trying to "renegotiate" the deal.

China to WTO: US Tariffs 'Allow Protectionism to Be at Large'