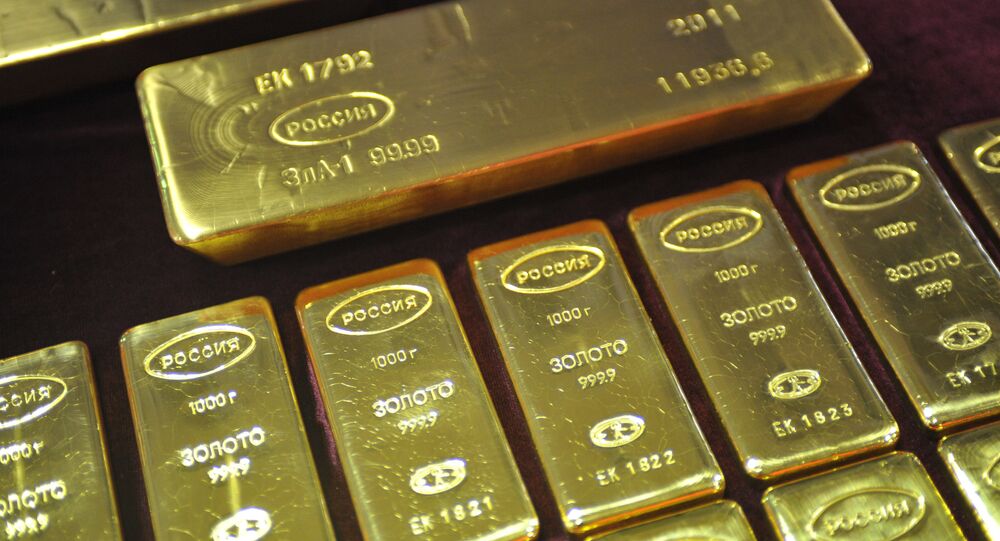 MOSCOW (Sputnik) - Net buying of gold by the Russian Central Bank was the highest in the first quarter of 2019, reaching 55.3 tonnes and bringing the country's gold reserves to 2,168.3 tonnes, the fresh statistics of the World Gold Council (WGC) showed.

"Russia was again the largest buyer, adding 55.3t in Q1. This brought gold reserves to 2,168.3t (19% of total reserves). Russia bought 274.3t in 2018 — the fourth consecutive year of +200t increases – while drastically reducing its US Treasury holdings, as part of its ‘de-dollarisation’ drive," the WGC said in a report issued on Thursday.

© AP Photo / Mike Groll, File
China Boosts Its Gold Reserves for Fourth Month in a Row - Central Bank
China was among the largest buyers, too, having purchased 33 tonnes of gold in the first quarter, the report also showed.

Overall, net buying by central banks across the world reached the highest level of the first quarter net purchases since 2013, having increased by 68 percent year-on-year to 145.5 tonnes, according to the statistics.

In 2016, the Central Bank of Russia became the world's leading purchaser of gold when it bought 356,000 ounces of the precious metal in February, according to the International Monetary Fund (IMF).