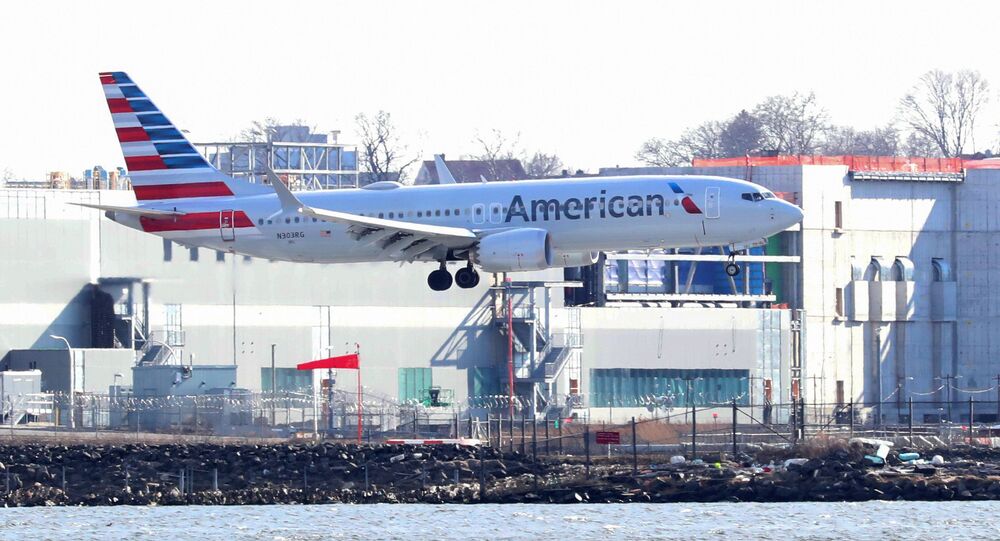 US pilots are accusing the federal government and aerospace manufacturer Boeing of not doing enough for the safety of crew and passengers as the 737 MAX aircraft is prepared to be reintroduced into regular service.

© AP Photo / Elaine Thompson
Boeing Whistle-blowers Told US Authorities About 737 MAX Problems – Reports
In the wake of the global grounding of the 737 MAX passenger aircraft and subsequent accusations of corporate malfeasance against its US manufacturer after two deadly tragedies, pilots have come forward to demand better training on the plane as a means to rebuild trust, prior to its reintroduction into regular service.

New draft training proposals submitted by Boeing do not address core concerns of pilots and do not go far enough to rebuild trust in the plane, according to a letter filed by pilots with the US Federal Aviation Administration (FAA), cited by Reuters.

The accusations were submitted by the US-based Allied Pilots Association (APA). The APA represents American Airlines pilots, the world's largest airline. AA has one of the largest fleets of 737 MAX aircraft in the US.

© REUTERS / Lindsey Wasson
Boeing Takes $1Bln Hit Amid Grounding of 737 MAX Planes – CFO
The support of the APA and the pilots who will fly the airplane when it returns to service are key to whether the public will have confidence to fly in the Boeing-built 737 MAX, according to Reuters.

The entire global output of Boeing's popular 737 MAX aircraft was grounded in March after the crash of an Ethiopian Airlines flight killed all 157 on board. The tragedy occurred a mere five months after the almost-identical crash of a Lion Air flight saw all 189 passengers and crew killed.

The Seattle-based aerospace giant is now jockeying for quick new regulatory approval as well as a training package and software update to fix the 737's MCAS anti-stall system after it was found that software errors and inadequate training were responsible for both crashes.

An FAA draft report supported by Boeing concluded that 737 pilots only require additional computer-based training but do not require more time-intensive and expensive time on flight simulators.

Protests are expected on Monday during the aerospace company's annual stockholder meeting in Chicago and shareholders are also expected to question company officers over reports of the company stonewalling key information after initial claims about the 737's safety went public.

Courtesy of US Pacific Air Forces
Boeing Awarded $14 Billion US Defence Contract Amid 737 MAX Controversy
Angry pilots note that an explanation by computer "will not provide a level of confidence for pilots to feel not only comfortable flying the aircraft but also relaying that confidence to the traveling public," cited by Reuters.

737 MAX retraining, according to the APA, must include simulator session video detailing the MCAS platform, as well as other cockpit emergency demonstrations including one for the runaway stabilizer — the primary reason for the loss of control that doomed both flights.

The APA also called for regular simulator training that would pointedly include the scenario experienced by the pilots of the lost aircraft.

"When pilots visually experience the failure modes and then apply them, the lesson is cemented in their minds," stated the APA in their request, according to Reuters.

Simulator training would slow the reintroduction of the 737 MAX to regular service, while costing the manufacturer millions of dollars to expand training that would include hefty hourly fees for the simulator as well as travel expenses.

Nonetheless, AA — regardless how the more cautious international air carrier community reacts — will immediately reintroduce the problematic aircraft into regular service the moment the FAA approves the move, according to Reuters.