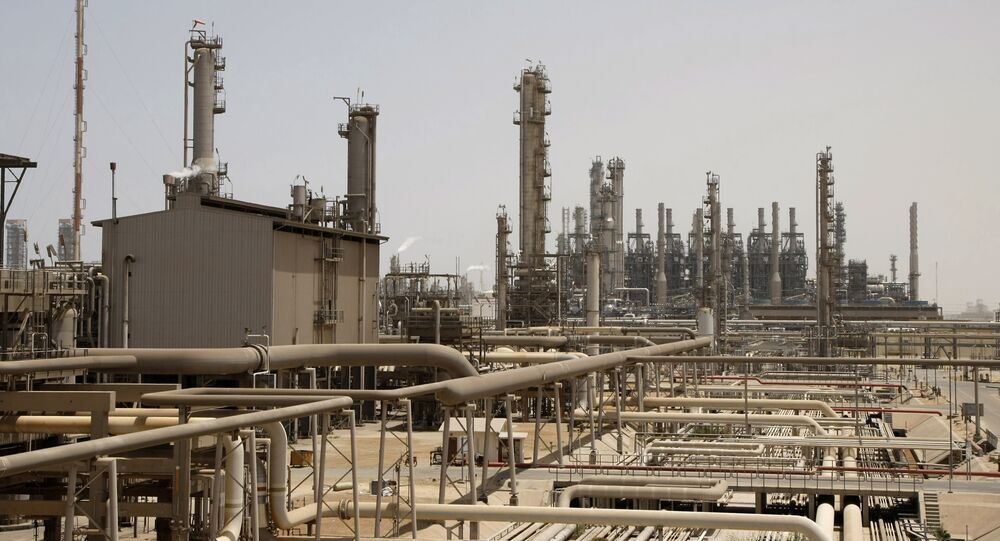 The development follows the Trump White House’s announcement of the decision not to reissue waivers on Iranian oil once they expire in May in order to bring the Mideast country’s oil exports to zero.

Saudi Energy Minister Khalid al-Falih said on Monday that Riyadh would work closely with other oil producers to guarantee an adequate crude supply and a balanced market in wake of the US decision to no longer provide waivers granted to buyers of Iranian oil.

"Saudi Arabia will coordinate with fellow oil producers to ensure adequate supplies are available to consumers while ensuring the global oil market does not go out of balance", he said in a statement.

The Trump White House announced earlier in the day that in May, it will end all waivers granted to eight economies that have allowed them to bypass US sanctions and purchase Iranian oil.

"President Donald J. Trump has decided not to reissue Significant Reduction Exceptions (SREs) when they expire in early May. This decision is intended to bring Iran's oil exports to zero, denying the regime its principal source of revenue", the statement said.

The three nations "have agreed to take timely action to assure that global demand is met as all Iranian oil is removed from the market", the White House said in a statement, which was later reiterated by US President Donald Trump, who confirmed that Saudi Arabia and other OPEC members would "make up" for oil supply once the waivers are terminated.

In light of Washington's decision, oil prices have surged, reaching their highest in 2019: Internatonal benchmark Brent increased 2.6 percent to $73.87 a barrel, the highest since early November, while US crude futures rose 2.4 percent to $65.52.

© AFP 2021 / ATTA KENARE
'We Are Going to Zero': US Will No Longer Provide Sanctions Waivers for States Importing Iran Oil
The Trump administration slapped sanctions on Iran's oil industry in November after the US unilaterally pulled out from the 2015 Joint Comprehensive Plan of Action, which saw anti-Tehran restrictions lifted in exchange for the Islamic Republic maintaining the peaceful nature of its nuclear programme.

Having decided to reinstate all sanctions and impose a new set of restrictions on Iran's energy, shipping, financial, and other sectors, Trump pledged to cut the country's oil exports to zero. He also pledged to introduce secondary sanctions on foreign companies doing business with Iran, which drew much criticism from other signatories to the so-called Iran nuclear deal.