A shadowy "heroin economy" is booming in South Africa, while the nation's official economic growth in faltering amid high unemployment, rampant poverty, and the widening sentiments of economic desolation and social despair.

Kristian Rouz — South Africa is facing a widening heroin epidemic that is threatening to undermine its labour productivity, purchasing power, and broader GDP expansion. Officials say the use of arguably one of the most dangerous illicit drugs has skyrocketed in the Rainbow Nation over the past few years due to high unemployment, poor border enforcement, and rampant poverty in rural and suburban communities.

According to last week's report from the EU's Global Initiative Against Transnational Organised Crime, the flow of heroin into South Africa is spearheaded by drug traffickers based in the Eastern African nation of Tanzania. EU analysts found South Africa had at least 75,000 heroin users in 2015, and roughly 0.21 percent of the nation's 55-million population — or 110,000 people — are regular users of heroin.

"Every family is at stake, everyone is at risk. Drugs will arrive everywhere and the crime associated with drugs and the need to get the drugs will affect everyone", Raul de Luzenberger, the EU's deputy envoy for South Africa, said. "It's a very dangerous type of criminality". 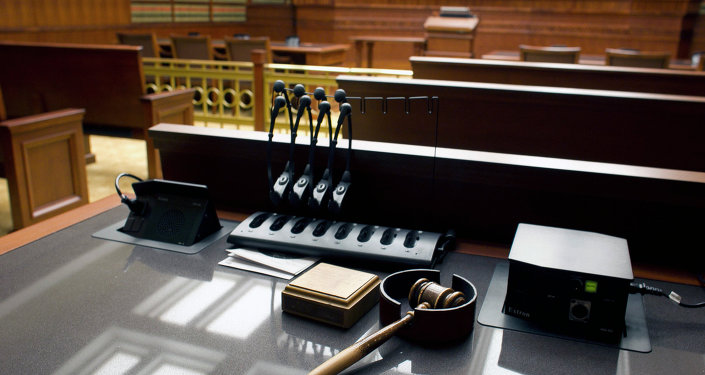 © AP Photo / Brennan Linsley
Vet Imprisoned 6 Years in US After Smuggling Liquid Heroin in Puppies
EU officials say the lion's share of heroin found in South Africa originates from Afghanistan. The drugs pour into the Tanzanian port city of Dar es Salaam — infamous for its heavy presence of criminal syndicates and extremist groups — and then the illicit merchandise is smuggled into South Africa.

Analysts found local political circles to be often involved with the smuggling of heroin, while South Africa's loose immigration enforcement has encouraged an almost uninterrupted inflow of drugs, as well as migrants, into the country.

"It's a potential crisis, but there is insufficient policy attention being paid to it. The problem is exacerbated by poor policing, the absence of crime intelligence, and the failure of the state to provide adequate social care or education and health services", Eric Pelser of the Pretoria-based Institute for Security Studies said.

Tanzanian gangs are also represented in South Africa's largest cities, and they control a significant share of the illicit drugs market in Cape Town, Nelson Mandela Bay, Tshwane, and Johannesburg. Smuggling rings are recruiting new members from the impoverished migrant communities, who then take the drugs to the streets.

EU analysts say the total worth of South Africa's heroin market could amount to 3.6 billion rands ($260 million) per year, but the Rainbow Nation is facing a far more serious challenge.

"These calculations should not be repeated as fact — the assumptions about the size of the heroin-using population and the average number of ‘hits' per day are too unreliable", the EU report reads.

© Sputnik / Vladimir Fedorenko
Ex-South African President Zuma Breaks Silence on Gaddafi Billions 'Ghost Story'
The use of heroin is on the rise among the unemployed and marginalised communities amid lacklustre economic growth over the past several years, while the alleged corruption and mismanagement of the government of African National Congress (ANC) have in many cases made the situation worse.

The report's authors found, in Cape Town, drug dealers are paying cash bribes to the police, who have established a routine practice of visiting their vending locations and heroin dens. In Tshwane, corruption has reportedly penetrated higher levels of the executive branch, while the distribution of heroin involved a wide network of local gangs, along with the Tanzanians.

"Heroin use is increasing and we are not prepared for it", Shaun Shelly of the SA Drug Policy Week said.

The heroin pandemic is also fuelling the spread of diseases — such as hepatitis and HIV, which are already a severe problem for South Africa.

EU officials have urged a coordinated crackdown on the deepening heroin crisis in South Africa. However, some experts say the lack of policy response is not the reason behind the epidemic but is rather a symptom.

They believe the use of heroin is increasing due to the lack of economic opportunity, near 30-per cent unemployment, and the ANC's alleged failure to improve the national economy over its 25 years in power.

"There are compelling arguments that opioid drug use is a rational response to living in economically depressed and socially fractured neighbourhoods where anxiety, depression and physical pain are features of daily life", analysts said.