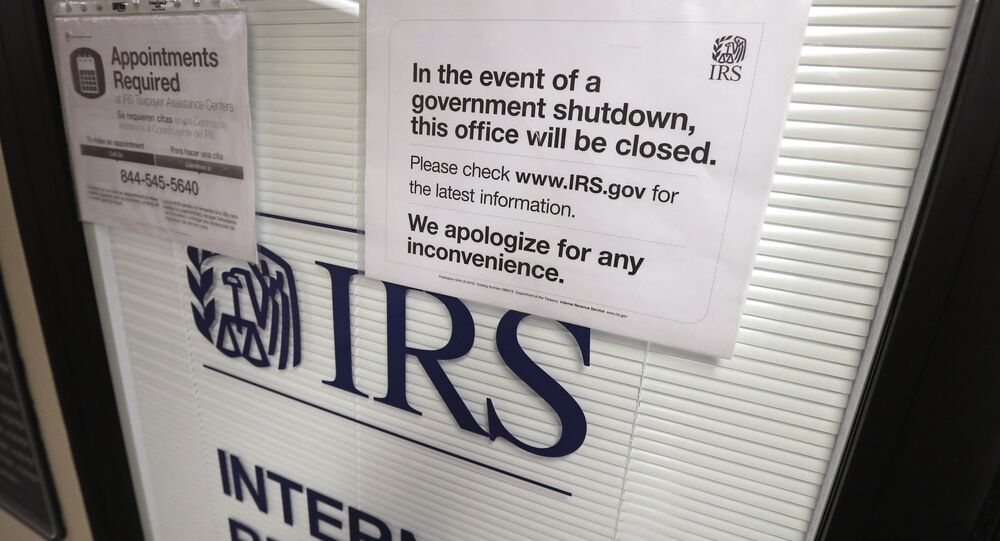 After breaking an initial deadline, US President Donald Trump now has until April 23 to hand over six years of his taxes to a government panel.

© AP Photo / Christophe Ena
Chinese Tycoon’s Son Whines About Taxes as Daddy Buys Him Stupid Pricey Car
The US House Committee on Ways and Means on Saturday decreed that Trump must hand over six years of business and personal tax returns by April 23rd, or face an as-yet-unnamed punishment, according to reports.

Committee Chairman Richard Neal, a Democrat, noted that any "failure to comply" by Trump with the second deadline will be interpreted by lawmakers as a refusal to comply and a denial of the committee's request, according to Reuters.

Lawyers in Trump's employ ignored an initial April 10 deadline for the release of the president's tax returns, even as Democrats scrambled for new ways to prove that they could begin impeachment proceedings, according to multiple reports.

The increasingly embattled US president has claimed through spokespeople and through his own tweets that his tax returns cannot be released because they are "under audit," although no such legal stipulation exists, according to US tax law, cited by multiple sources.

© Photo : Instagram/iamdiamonddoll
Plastic Fantastic: UK Model Spends Thousands of US Dollars on Surgeries to Look Like 'Human SEX Doll'
In what is shaping up to be a bipartisan Capitol Hill standoff, Trump has declared that his tax documents "will never be handed over to Democrats," although laws covering the release of his returns unambiguously state that he is required to do so, if told to in writing.

Trump earlier falsely claimed that "there's no law whatsoever," requiring him to hand over his taxes to Congress, although the law clearly states the opposite.

US federal law clearly details that when the chairman of the US House Ways and Means Committee provides a request in writing for any US citizen's tax returns — even a sitting US president — the US Treasury, currently headed by Trump appointee Steve Mnuchin, "shall furnish" the documents.

As chairman of the House Committee on Ways and Means, House Representative Richard Neal has done just that, noting also that Trump's returns will be studied confidentially, according to Factcheck.org.

Mnuchin, as head of the Treasury, would become a sitting target for criminal charges if he does not comply with demands for Trump's tax returns by the deadline, according to The Daily Beast.

The US Committee on Ways and Means is, according to its website, the "oldest committee of the United States Congress, and is the chief tax-writing committee in the House of Representatives."