The government in Beijing says it could ban cryptocurrency mining in the country, as the industry could pose the risks of air pollution, excessive electricity consumption, as well as possible encouraging white-collar crime and other risky activities.

Kristian Rouz — The Chinese government plans to ban the mining of cryptocurrencies, including bitcoin, amid ongoing economic reforms in the country, which include a crackdown on unregulated and under-regulated activities. Chinese officials believe cryptocurrencies could pose a systemic risk to the nation's economy due to the lack of transparency and accountability in the industry.

© CC0
New Iranian Cryptocurrency Ready to Challenge Bitcoin and Save Country From Sanctions
According to a statement from the National Development and Reform Commission (NDRC) published on Monday, China's main state planner is exploring options to outlaw so-called mining farms. Officials say, aside of regulatory concerns, such facilities could pose environmental risks, and they also consume too much electricity.

Cryptocurrency mining farms comprise hundreds of powerful computer processors that solve billions of complex mathematical problems per second to generate — or 'mine' — bitcoin or other digital currencies. China is currently the world's leading nation in crypto-mining, as it has the greatest number of farms in its territory.

Indeed, the mining process is highly energy-consuming, but it remains unclear whether the Chinese authorities are more concerned with environmental effects of such an activity, or the NDRC fears the sustained popularity of crypto could fuel outflows of capital amid slowing economic growth in the country.

READ MORE: Cryptocurrency Fundraiser by Hamas Shut Down by US Online Exchange

If implemented, the planned move would add crypto-mining to the list of 450 activities banned in China. The list of 'unsafe' industries was first compiled by the NDRC back in 2011 and has grown since.

The announcement also comes as bitcoin has rebounded to $5,200 per coin, reaching a four-month high. The NDRC's planned move could drive the value of bitcoin up, as taking a significant number of mining farms down from the market would limit the supply of new cryptocurrencies amid steady demand.

"This market doesn't conform to the trading of traditional instruments," Dave Chapman of digital currency exchange Anxone said. "We have to realise that this asset class is only a decade old, and it only started getting mainstream attention five years ago."

However, the threat of a new wave of crypto volatility persists. Experts say bitcoin and its peers could go up following a resurgence in the value of digital currencies and crypto stocks, but a sudden drop could follow shortly thereafter. Still, the effects of such wild swings aren't expected to affect other sectors of the global economy.

"The bitcoin market and crypto market in general continues to be small relative to the rest of the markets — and emotional," Jehan Chu of Kenetic Capital said. "It's still very much subject to waves of enthusiasm." 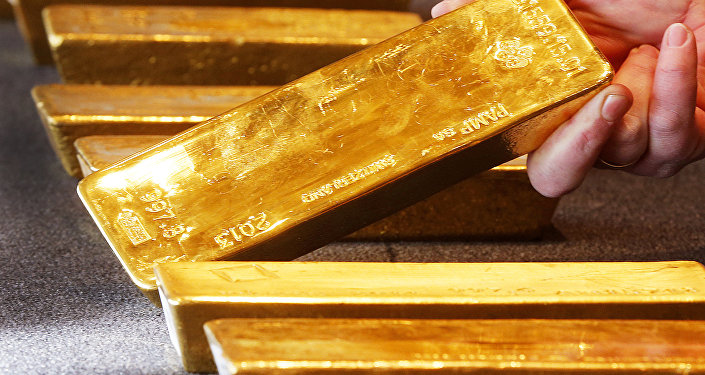 Additionally, high volatility in the crypto market back in late 2017 and early 2018 stirred fears among economists of a new financial bubble that could potentially spill over to other industries and damage broader economic growth, but the fears ultimately failed to materialise.

The announcement from China's NDRC also suggests Beijing is gradually ramping up pressure on the industry it has proven unable to fully control. China attempted to ban initial coin offerings (ICOs) and lock down local crypto exchanges since as early as 2017 — yet, the nation today has a thriving crypto industry that exists in parallel with the official Chinese economy.

READ MORE: System Error Makes It Possible to Mine Cryptocurrency Out of Thin Air

Reports also suggest at least three of China's largest miners have sought to raise billions of dollars in capital in Hong Kong, with one of them — Canaan Inc. — still pursuing such plans. This might suggest crypto could attract additional capital to China, support its manufacturing sector, and ultimately create thousands of new jobs in related spheres.

A comprehensive review of China's crypto industry by the NDRC is expected to be released over the coming days.