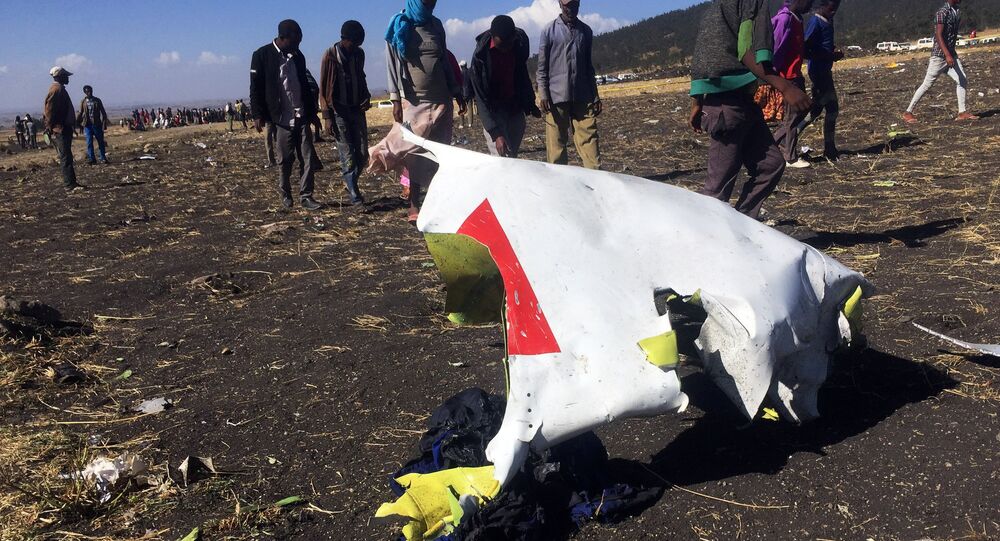 MOSCOW (Sputnik) - Ethiopian Airlines' area manager in Russia, Yitbarek Nema, told Sputnik on Friday that he believed the deadly March crash involving a Boeing 737 MAX 8 aircraft would not affect the airline's relations with the aerospace company, and that Ethiopian Airlines would continue to fly other Boeing models.

"We have the most technologically-advanced aircraft, the 787 Dreamliner, both the 800 and the 900 — we have 24 of them. They are efficient, effective, and technologically advanced. They are reliable, they are safe — so this [737 MAX 8] is a single case. I would doubt if it affects our relationship, which has lasted for decades," Nema said, adding that over 50 percent of the airline's 117 aircraft were made by Boeing.

When asked about the possibility of the airline launching legal action against Boeing, Nema stressed that this matter fell under the attorney general’s jurisdiction.

Speaking about the conclusions of the Ethiopian government’s preliminary report on the deadly crash of the airline’s Boeing 737 MAX 8, which happened in March, Nema said they were in line with the airline’s view of why the plane crashed.

"We are more than confident when it comes to our pilots and our training academy… To have this proven in a supportive report means a lot. It is reaffirming the confidence that we have in our pilots. This report, even though it is preliminary, it supports our reality," Nema said.

The document presented by the Ethiopian government found that the crew followed Boeing's safety procedures but nevertheless failed to control the plane. Ethiopian Airlines has acknowledged the results of the report in a statement. The full report will be available within a year.

Two Boeing 737 MAX aircraft have crashed over the past six months — one in Indonesia in October and another in Ethiopia in March. In the wake of the latest crash, aviation authorities and carriers around the world have either grounded all 737 MAX 8 series aircraft or closed their airspace to them.