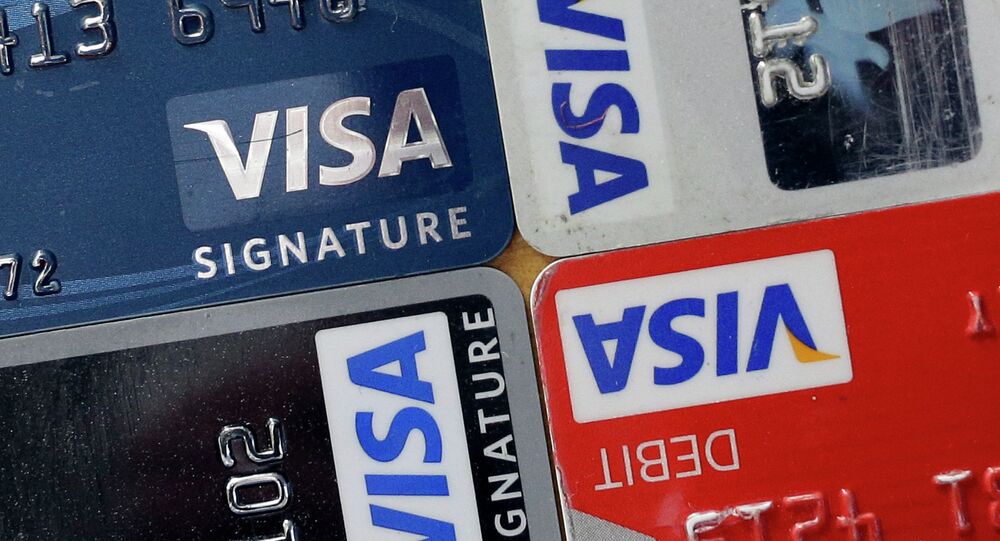 First of all, Western payment companies have a very strong competitor in China — UnionPay. In addition, the Chinese have now become accustomed to more advanced financial technologies.

China promised to facilitate foreign payment firms access back when it joined the World Trade Organisation (WTO) in 2001. Under the terms of the obligations assumed by China, by 2006, foreign payment providers were supposed to start working in China. At the time this offered such giants as Visa and Mastercard great prospects because Chinese consumers used mainly cash to make payments.

© CC0
End of UK's Golden Visa Scheme to Affect Chinese, American, Indian Investors
According to China's central bank (People's Bank of China), in 2006, only 17% of all consumer purchases worth 1.89 trillion yuan were made using (credit or debit) cards. Obviously, there was room for this market to develop.

In fact, foreign payment companies could not enter the Chinese market. In 2002, China developed its own payment system called UnionPay that has dominated the local market. Foreign credit cards were issued only in partnership with UnionPay. In addition, under Chinese law, all domestic payments denominated in RMB were to be made through the Chinese payment system.

As a result, only in 2016 did the People's Bank of China (PBoC) adopt formal rules allowing foreign firms to enter China's electronic payments market without forming any joint venture.

Despite there no longer being any more formal barriers for foreign payment providers on the Chinese market, no one has so far been able to obtain a license and begin working. Visa and MasterCard applied for a license to work in China as early as mid-2017. However, these applications have not yet been processed.

© AP Photo / Richard Drew
Report: China's Debt to Rise Amid Decreasing 'Shadow Banking' Risks
According to the rules in force since 2017, the People's Bank of China must make a decision on the applications within 90 days of acknowledgement. Yet, as reported by the Financial Times, the central bank formally hasn't formally accepted the submissions, but nor has it rejected them either.

US President Donald Trump has repeatedly pointed out that China should finally open its markets to foreign payment providers. It is possible that this will be one of the items on the future trade agreement between China and the United States. That being said, time to enter the Chinese market has already been lost.

UnionPay accounts for 90% of all bank card transactions in China. And on a global scale, Chinese payment providers account for 44% of the world market of bank cards and other payment cards. By contrast: Visa accounts for only 21%, Mastercard — 16%.

The success of foreign payment providers in China is also unlikely because China is the world leader in mobile payments. At the moment more than 80% of Chinese consumers, according to KPMG, prefer to pay using a mobile phone. A duopoly has formed on the market: Alipay and WeChat Pay have a roughly 50-50 share.

© Sputnik
Mastercard Changes Brand Logo by Dropping Name
More than 80% of supermarkets accept payment via Alipay or WeChat Pay, as many small shopkeepers have cards with a QR code at their stall. At the same time, in the US, for example, only 20% of smartphone owners use them to make payments. The Chinese market, as well as the American one, has already developed its own infrastructure.

Consumers are hardly likely to want to change their usual and convenient payment methods — Jia Jinjing — the director of Chongyang Institute for Financial Studies at the Renmin University of China, has told Sputnik.

"To give you an example: Tencent doesn't have to worry about a competitive share in the instant messaging market because once people are used to an existing product, their preferences are much more difficult to change. The key question is whether the company came onto the market before sustainable user preferences were formed. This determines the market share of any company", the scholar explained.

"Objective factors contributed to the development of mobile payments in China. The growth of e-commerce has led to the development of payment instruments. At the same time, foreign products do not take up a large share of the Chinese market. It is not a question of market access. There are many aspects related to market access. This is a gradual process. Our market is quite open. But the balance of power in it is the result of market competition", Jia Jinjing explained.

© AP Photo / David Goldman
Unregulated Capitalism at Work: US Credit Card Debt Hits $1 Trillion
The spread of mobile payments in China occurred precisely because the traditional banking infrastructure wasn't well developed in the country. In America, people have long been accustomed to paying with credit and debit cards. And it is difficult for them, and there is no need to switch to the new mobile payment technologies. But the underdevelopment of such infrastructure in China helped it skip the era of bank cards.

In less developed economies, new technologies initially take hold better since there is no competition and nothing that prevents their implementation.