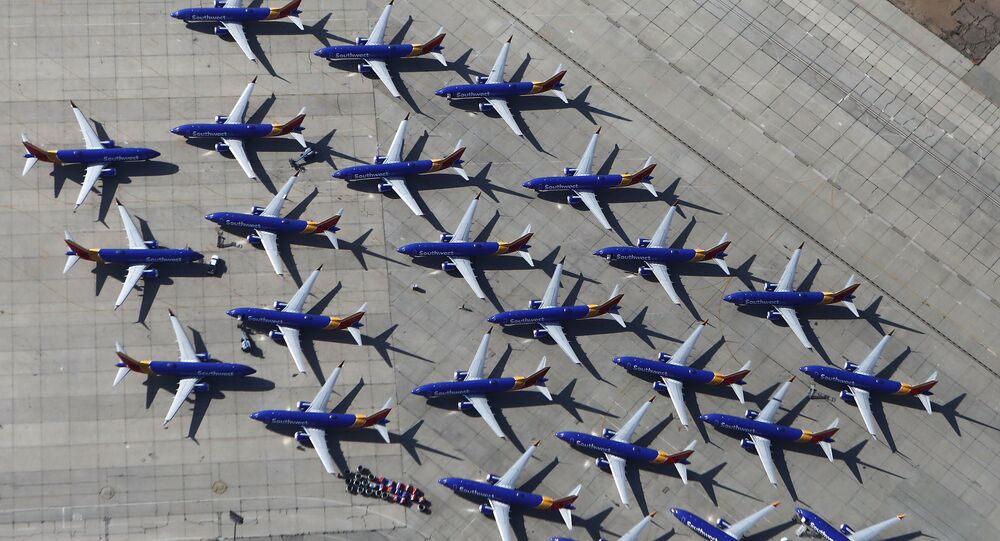 US-based aircraft manufacturer Boeing has lost billions of dollars in market value after two deadly crashes involving planes from their best-selling Boeing 737 MAX series took the lives of 346 people. Meanwhile, the travel business has to deal with the consequences of the decision to ground the aircraft worldwide.

The Anglo-German travel operator TUI AG has stated that its profit is predicted to drop by $225 million if the Boeing 737 MAX jets remain grounded until July. The stock value of the company, which has a net income of $876 million, plunged by 11 percent following the prediction of reduced profits.

TUI, which flies 15 MAX jets and is awaiting the delivery of 8 more planes of this type by the end of May, is the second biggest operator of these Boeing aircraft in Europe.

Bloomberg cites equities analyst at Berenberg Stuart Gordon as predicting that the Anglo-German company would try to get compensation from the Chicago-based giant, as was the case with the 787 Dreamliner in 2013. He noted that the question is how great the compensation is going to be.

Aviation regulators and airline companies grounded Boeing’s best-selling plane, which had been the source of one third of the company's operating profits, after a deadly crash of an Ethiopian Airlines 737 MAX 8 jet, which bore similarities to a tragedy involving the same plane model belonging to Lion Air in October 2018. Although the manufacturer is finalising a software upgrade for the plane to improve the problem with the flight control system, which could allegedly have been the cause of the fatal malfunctions in the two crashed aircraft, it remains unclear when exactly the jets will be allowed to fly again.

Boeing’s market value has dropped by billions of dollars following the international flight ban on MAX jets. Some carriers are reportedly mulling over cancelling their earlier multi-billion dollar orders for the plane, despite earlier agreements or announcements; the companies include, for example, Garuda Indonesia and Bamboo Airways.

The company faces the prospect of pay-outs to the victims’ relatives if the US-based aircraft manufacturer is found to be accountable for the crash in court. A lawsuit against Boeing was filed in the Illinois federal court by the family of Jackson Musoni, a citizen of Rwanda, who died in the Ethiopian Airlines tragedy. The lawsuit claims that the jet was not safely designed, according to Bloomberg.

“The subject accident occurred because, among other things, Boeing defectively designed a new flight control system for the Boeing 737 Max 8 that automatically and erroneously pushes the aircraft’s nose down, and because Boeing failed to warn of the defect”, the complaint reportedly reads.

The Ethiopian Airlines' Boeing 737 MAX 8 aircraft crash on 10 March, killing all 157 people on board. A similar tragedy with a Lion Air Boeing MAX 8 jet in October 2018 took the lives of 189 people.

A US investigation group, which analysed data from the "black boxes" of Ethiopian Airlines Flight 302, has reached a preliminary conclusion that an anti-stall system had been activated before the plane crashed near Addis Ababa, The Wall Street Journal reported on Friday, citing an anonymous source. The preliminary report is expected to be issued next week.