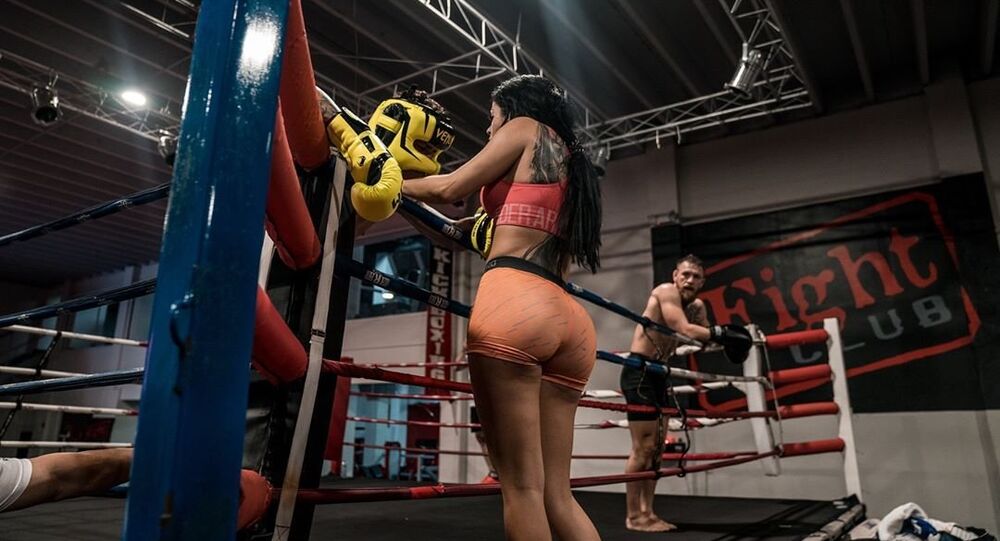 Despite the UFC superstar’s recent decision to quit fighting, his Instagram snapshots imply something different - and these, perhaps, speak louder than words. Captioning one of his latest pics with the Spanish “boxeo”, the Notorious seems to leave few doubts about his upcoming sporting aspirations.

UFC titan Conor McGregor has announced he’s quitting the martial arts, but fans suspect that it might be no more than an intentional and calculated ploy to pull the wool over their eyes, as he has posted a number of pictures of himself purporting to be “sparring Cubans in Miami in retirement”.

The 30-year-old made his shock announcement on Tuesday, rocking the MMA community and its vast fan base, with fight enthusiasts suggesting he might merely be seeking greater negotiating leverage as he seeks a share in the UFC by publicly voicing his retirement. Or, alternatively, he is thought to possibly be attempting to distract the general public from recent sexual assault accusation brought against him amid an ongoing investigation into the case, as well as his recent arrest over an uncontrolled burst of rage.

On top of this, he has already left people guessing before, as he “retired” in a much similar way in April 2016, in what turned out to merely be a bluff, with McGregor appearing shortly thereafter in the octagon.

Likewise, now the Notorious appears to not be giving up fighting either, judging by his latest Instagram updates, in which the Irishman is taking on fighters from Cuba – a country that is inseparable from the boxing universe. This notably prompted one user to ponder on McGregor’s supposed plans to now make a name for himself in the boxing ring.

“YOU’RE NOT FOOOOOOKIN RETIRED!” another wrote, bringing up McGregor’s much debated announcement.

Many, naturally, dwelled on the famed fighter casting glances at his alleged sparring partner’s booty:

“Conor you not slick brother ik what you looking at”, one wrote to him, with another butting in with a cheeky remark:

“Eyes on the Prize”.

“You sparring or hitting the Booty bag I mean punching bag”, another proceeded jokingly.

“Get  ur shit together champ champ”, a different user said motivationally.

McGregor is currently enjoying a sun-kissed holiday in Miami — from where he posted a snap of himself jet skiing outside Puff Daddy’s resort mansion earlier this week.

This is not my gaf, it’s Diddys. But I’ll take it for the gram. What a large waterfront premise this is right here in Miami. Cordoned off with high trees and ample security. A fortune built on hit music and good spirits. With a hat tip to Sean John Clothing also. Respect.

The athlete, who grabbed the Ultimate Fighting Championship (UFC) Featherweight title in two consecutive years, in 2015 and 2016, told his fans on Twitter Tuesday that he had decided to quit MMA.

He has lately been involved in a number of court cases, including over the infamous UFC bus melee, in which the Notorious attacked his octagon opponent, Russia’s Khabib Nurmagomedov, among other people. Hardly had he completed 25 hours of community service in New York’s churches, which the court ruled he had to do, when another case came along, in which McGregor was charged with destroying one of his fans’ smartphone in a feat of violence as the person attempted to catch the Notorious on camera.

Below the Belt: WATCH MMA Fighter Pulls Down Opponent’s Shorts

Way of the 'Wolf': Russian Female MMA Champ Signs Up With UFC (PHOTOS)