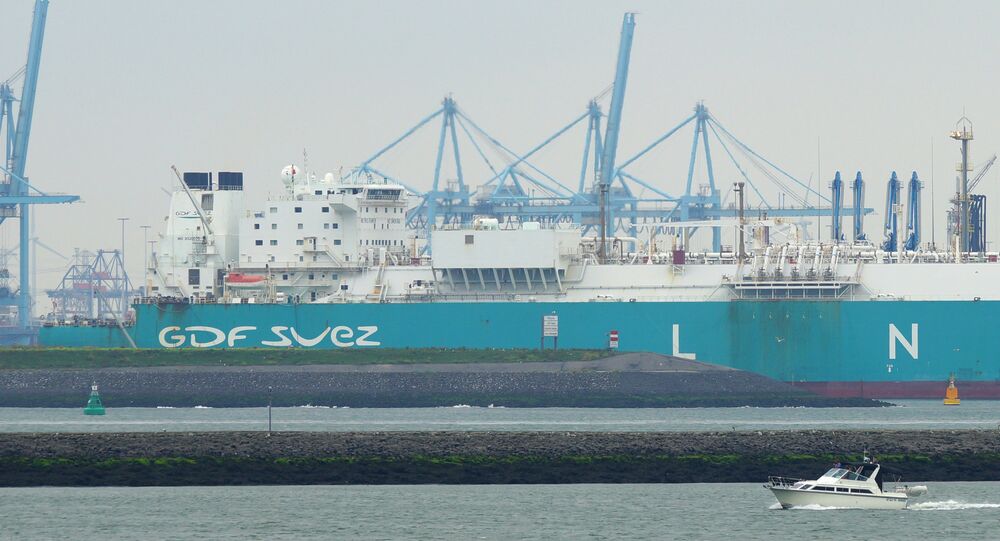 MOSCOW (Sputnik) - US plans to expand its LNG deliveries to Europe will not influence Slovenia's contract with Gazprom, Slovenian Ambassador to Moscow Branko Rakovec has told Sputnik.

"It's a fixed contract. It will not change and will be implemented as agreed… We are aware of the fact that other states sell their gas on the market. It is also an issue of the price. Everybody wants to buy cheap rather than expensive, that's clear", the ambassador said. "We traditionally buy gas from Gazprom. It is likely to remain this way in the future".

Gazprom has a five-year deal with Slovenia under which the Russian gas giant is expected to sell Ljubljana 600 million cubic metres of gas until 2023.

© Sputnik / Grigoriy Sisoev
EU Parl't Resolution to Halt Nord Stream 2 'Means Nothing' - Shareholder
According to a Reuters analysis, the US shipped at least 48 cargoes or 3.23 million tonnes of liquefied natural gas (LNG) to Europe from October 2018 to January 2019, significantly increasing its presence on the European market.

At the same time, Gazprom exports about 190 billion cubic metres, or the equivalent of 145 million tonnes a year to Europe, which is four times more than the total capacity of all the LNG terminals in the United States.