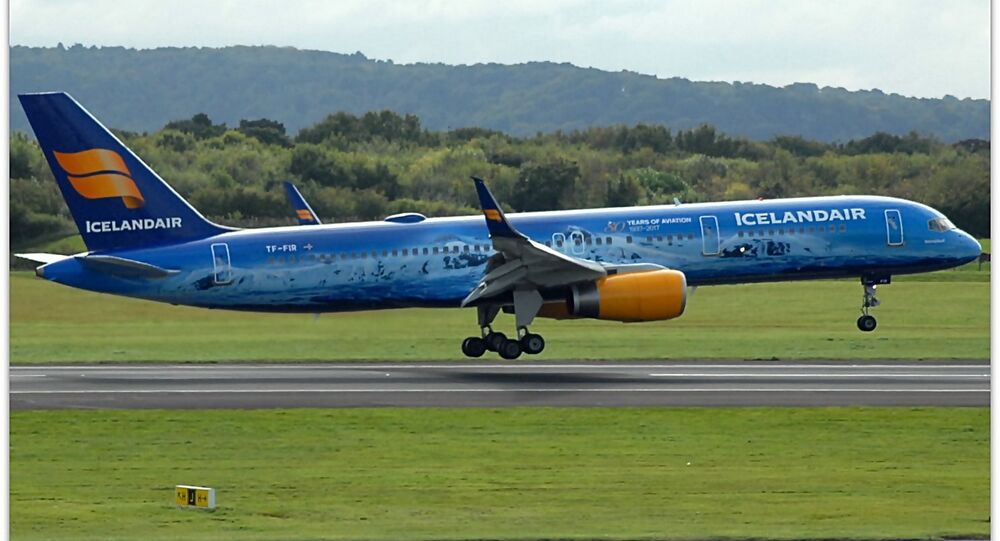 Wow airlines was in talks with its rival Icelandair on Wednesday about a possible takeover after a prior rescue worth £13m to help the embattled business failed in November last year.

Low-cost Icelandic airliner Wow Air has raised concerns of an imminent financial collapse after it cancelled its morning flights from London Gatwick to Reykjavik. The budget airline was in talks with Icelandair Group who pulled out of negotiations.

Icelandair announced last week: "The discussions will be based on the doctrine of competition law regarding the failing firm defence."

"Failing firm defence" indicates that the less valued firm in negotiations will cease trading if talks fail.  A WOW Air press statement on Sunday said: "Icelandair Group has decided that its possible involvement in Wow Air's operations, as announced on 20 March 2019, will not materialize."  "Therefore, all discussions between the parties have ended," it added.

• Icelandair Group will not invest in the airline, all discussions between both parties have ended.

• WOW Air operations have been reduced significantly, most of US route network cut.

Things are looking bleak for cash-strapped WOW Air after collapse of talks with Indigo Partners & the Icelandair Group. Flights are being canceled & its aircraft are being repossessed. https://t.co/vRrocsQX2B

Icelandair Group CEO Bogi Nils Bogason then said: "The financial position and operations are such that we did not see any reason to continue."  WOW air announced later on Sunday that "bond holders and other creditors" were in advance discussions to reach an agreement on "voluntary restructuring" of the airline, including an agreement to tackle company debt.  WOW air cancelled flights on Monday morning from Reykjavik to London Gatwick, in addition to routes from Reykjavik to Chicago and Pittsburgh. Links to Brussels and Barcelona will also be grounded on Tuesday.

Whilst WOW airlines operates a fleet entirely of Airbus 321-200 and 321-200neos, its chief negotiating partner Icelandair flies using exclusively Boeing 767, 757s, in addition to nine 737 MAX 8s the firm acquired in early 2018, according to Icelandair.

READ MORE: Why 737 MAX Mess is Just Tip of the Iceberg for Boeing's Main Market — Defence

Due to ongoing 737 MAX 8 scandal followoing the Ethiopian Airlines flight EH302 crash, global carriers and aviation authorities grounded all 737 MAX 8s flights until further notice. Icelandair issued a 12 March statement assuring the company was "confident" in the safety of the Boeing 737 MAX 8 and that its decision would "not have a material impact on the Company's operations" as only three of operational 737 MAX 8s were operating at the time. But data reveals that Icelandair shares fell to 7.10 Icelandic Krońa (£0.044) on 12 March, down from 9.19 ISK (£0.058) a week before the tragedy.