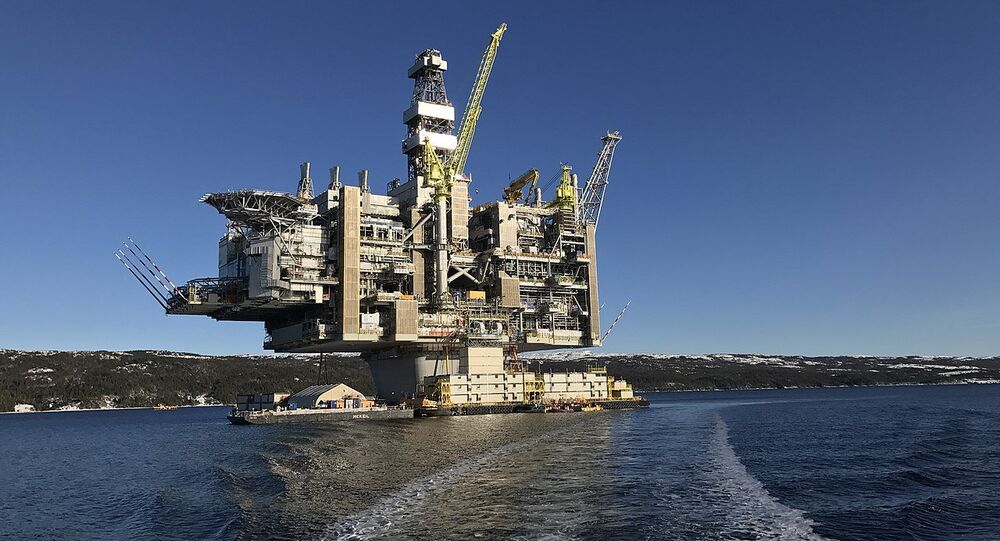 Top officials at the international oil cartel OPEC have signalled that another round of output cuts is unlikely, while a new decision on the bloc's policy is expected in June rather than in April – pointing to a possible extension of the existing cuts, or a gradual lifting of output restrictions.

Kristian Rouz — Saudi Oil Minister Khalid Al-Falih says international that the crude cartel OPEC and its allies (OPEC+) are likely to keep output policies unchanged at the next meeting in April. The minister said solid demand from the US and China is set to support oil prices in the near-term, albeit the ongoing slowdown in the global economy could weigh on prices in the second half of this year.

In an interview Sunday, Falih said he expects international oil demand to grow by 1.5 mln barrels per day (bpd) in the coming month. In this light, OPEC and its allies likely won't have to deepen their output cuts to support prices, as the global energy market appears to have stabilised around a $65 per one barrel of Brent oil benchmark.

The Saudi minister also suggested that the US oil embargoes against Venezuela and Iran will likely reduce the global supply of crude, rendering additional cuts by OPEC unnecessary. This, however, unless the booming US oil sector adds more pipeline infrastructure this year, easing America's reliance on imported oil.

The US currently produces roughly 12 mln bpd, while its demand is estimated at around 20 mln bpd, according to the data from Energy Information Administration (EIA).

© CC BY-SA 2.0 / Pete Markham / Huntington Beach Trip - Aug 2014 - Sunset over the oil rig.
OPEC Touts Additional Measures to Support Oil Prices Amid Modest Rebound
The minister's remarks come after several reports suggested that OPEC would postpone its next policy decision until June. The world's oil-producing nations appear to be generally satisfied with the current crude prices, while several countries — including Saudi Arabia — have already introduced policies aimed at moving away from oil by investing in high-tech industries.

"So far the likely decision is to extend the agreement in June. Nothing much is planned for April, just to discuss the OPEC and non-OPEC (cooperation)," an unnamed OPEC source said, as quoted by Reuters earlier this month.

OPEC+, which includes cartel members and Russia, agreed to cut output back in December 2018 to offset the negative effects of global economic risks to oil prices. The ongoing slowdown in the Eurozone and China, as well as Brexit-related risks, and Sino-American trade tensions have weighed on the demand side of the global energy market throughout the second half of last year.

READ MORE: Crude Games: Why US Attempt to Flood Oil Market to Hurt Iran Will Backfire

Now, however, Falih says, most of these risks, along with the most recent round of OPEC output cuts, are already priced into the barrel of oil. Saudi officials generally view the current situation in a positive light, as they believe the kingdom is likely to maintain its share of the global oil market despite the rising US and Canadian exports.

While Falih expects global demand to add 1.5 mln bpd, the International Energy Agency (IEA) provided a more modest figure, eyeing a 1.4 million bpd expansion on the demand side this year.

© Sputnik / Demond Cureton
Norway's $1tn Wealth Fund to Dump Oil Shares, Hand Over Rigs to Big Oil Firms
But Falih believes China might increase its energy imports over the coming months, despite the concerns related to its trade standoff with the US. The minister said China's consumption could average at as high as 11 mln bpd this year — while Saudi Arabia only produces 9.8 mln bpd.

"We will see what happens by April if there is any unforeseen disruption somewhere else but barring this I think we will just be kicking the can forward", Falih said. "We will see where the market is by June and adjust appropriately".

OPEC+ reduced its production by 1.2 mln bpd for six months in December. This suggests Falih's comments could point to a possible extension of the existing cuts, rather than deepening output reductions — the latter would require a policy decision in April rather than in June.

Energy experts believe OPEC's decision to extend or deepen output cuts in June will largely depend on Venezuela and Iran. If the ongoing political tensions in Venezuela — along with the US oil embargo — last until June, the oil cartel might be inclined to keep its cuts unchanged, or even lifting part of the reduction — if oil prices increase due to a possible China-US trade deal.

Meanwhile, Iran has been seeking ways to continue its oil exports, but most of the US waivers issued to Iran's key trading partners will have expired by June, meaning a likely boost to international oil prices.

OPEC is not expected to deepen output cuts this year unless oil posts another major plunge. Meanwhile, a possible increase in OPEC output is deemed more likely due to the steady international demand.