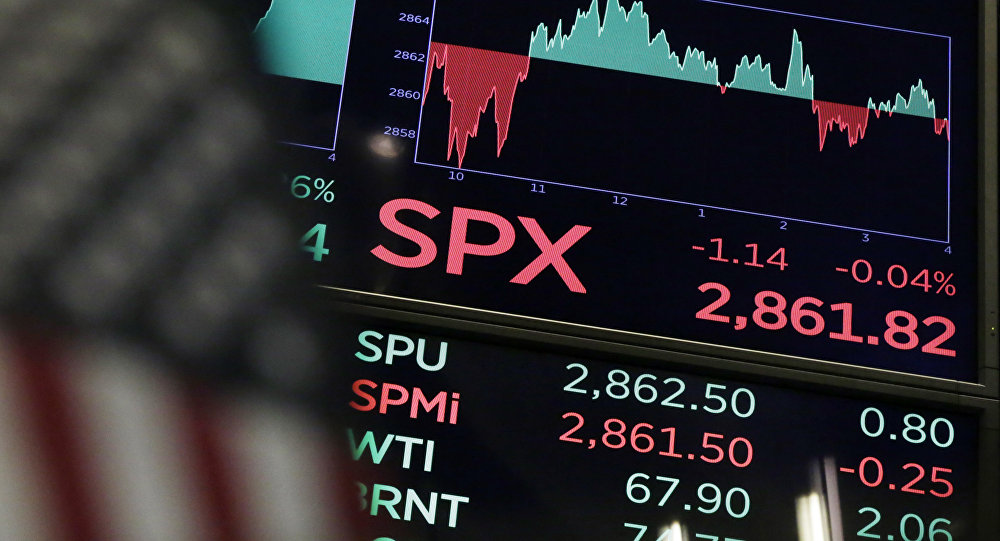 A series of recent reports from the world's largest economies suggest global economic growth is continuing to slow due to lingering uncertainty, tensions in international trade, and incoherent monetary and fiscal policies.

Kristian Rouz — A batch of macroeconomic data that arrived from several of the world's largest economies over the past week has shown signs of a steep slowdown in global economic growth. A surprise drop in US job creation, a slump in German manufacturing, as well as China's easing inflation readings all suggest the world GDP is likely to come in lower in 1Q19 than previously expected.

In the US, hiring dropped to its lowest level in more than 12 months; the economy created only 20,000 new jobs in February. This according to the Labor Department, which also observed a major drop in construction sector employment last month.

US officials said harsh weather conditions, with freezing winter temperatures and storms in parts of the country, all contributed to slower business activity in February. Additionally, the after-effects of the government shutdown affected jobs in the services sector, adding to the overall weaker picture.

US unemployment bounced back to 4 percent last month, after the nation's labour market hovered near 'full employment' for several consecutive months last year. Still, US salaries and wages increased the most since 2009, suggesting the economy could still maintain its 3-percent annual growth momentum.

"We had warned that recent employment gains had overstated the underlying strength of the US labour market," Harm Bandholz of New York-based UniCredit Research said. "And the correction now came in February with a bang, rather than spreading out over various months."

For his part, Federal Reserve Chairman Jerome Powell said nothing about the recent macro data necessitating a policy response from the US central banking system. Fed policies still remain accommodative despite a series of rate hikes and cuts to the bond portfolio that took place over the past few months.

Meanwhile, in Germany, factory orders plunged 2.6 percent in January, a new report from Deutsche Bundesbank found. Previously, economists had expected a 0.5-percent increase, but actual figures suggest Germany's manufacturing sector might be in for a contraction.

© AP Photo / Richard Drew
Half of US Business Economists Say Recession Coming by 2020
This is truly alarming news for the entire Eurozone, as the German manufacturing sector, along with that country's foreign trade, have been the main driver of economic growth in the single currency area since the global financial crisis of 2008-09.

Meanwhile, the German Economy Ministry said the decline in factory orders was 'normal' for January, as economic activity typically slows down at the beginning of the year due to seasonal factors across the manufacturing sector.

However, the Bundesbank said January's slump in orders was caused by a weaker demand for German manufactured goods from outside of the Eurozone, while domestic orders dropped as well. This comes as worries over a possible 'trade war' between the US and EU still linger, despite signals from both Washington and Brussels that the sides could negotiate a trade deal.

German officials say the threat of a 'no-deal' Brexit and possible US tariffs on German cars could deal a double-blow to the Eurozone's economic powerhouse. In this light, officials in Berlin said Germany could implement unconventional stimulus policies — likely similar to those announced by China earlier this year — to maintain economic momentum.

"If the double whammy should materialize, we want to pull something out of a hat," German Finance Minister Olaf Scholz said. "This will be a test for our policy of no new debt and Germany's debt brake."

While China is facing a slowdown in inflation, and a likely ongoing cooling in the broader economy, another major economy appears to be doing quite well for itself — despite being the epicentre of a possible next major economic earthquake.

As a 'no-deal' Brexit looms, the UK's economy is bracing for a boost to its expansion following its upcoming separation from the EU.

"Economic developments of the two years and eight months since the EU referendum of June 23, 2016 are continuing to confound all attempts at prediction," Richard Mitchell of finance brokerage Rangewell said. "On a ‘total return' basis (with dividends reinvested) the FTSE 100 has risen substantially, as has the FTSE 250 index."

© AFP 2019 / JOEL SAGET
Euro Suffers Biggest Fall Since October as ECB Reveals Interest Rate Policies
Mitchell said the ongoing increase in British investment, along with its post-Brexit freedom from stifling EU regulations and restriction on foreign trade deals, could add some 7 percent to Albion's GDP growth over the next several years.

However, Bank of England (BOE) Governor Mark Carney is more sceptical, saying the ongoing Brexit process has already slashed some 2 percent off the UK's economic growth, amounting to £40 bln, or £900 per household over the past two-and-a-half years.

All in all, the outlook on the global economy has become a bit darker over the first week of March, albeit the majority of murky forward-looking projections are stemming from heightened global uncertainty, rather than the actual weakness of the world economy.