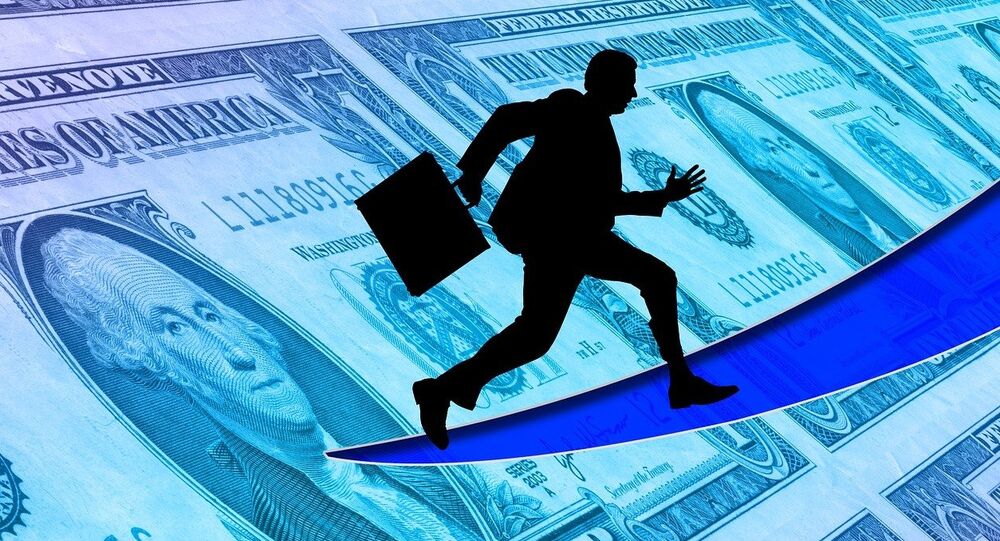 The latest numbers released by the US Department of Commerce on Thursday revealed that US economic growth fell to 2.6 percent in the fourth quarter of 2018, marking the third straight quarter in which officials reported a decline.

The Commerce Department previously noted that in the first quarter of 2018, the US experienced 2 percent GDP growth, which was followed by 4.2 percent growth in the second quarter and 3.4 percent in the third.

And while economists might not want such a trend to continue into the new year, they are predicting that growth could drop below the 2 percent mark in the first quarter of 2019.

According to the New York Times, the anemic outlook is being fueled by tax cuts, trade conflicts and the partial government shutdown, which began in December 2018 and carried into January 2019 over an impasse between US lawmakers and US President Donald Trump over providing funds for a wall along the US-Mexico border.

"The bad news is with the tax reform bill, the Republicans were promising this would lead to a permanent lift in business investment, which would lead to productivity growth in the US, which would let us grow at 3 to 4 percent, and that really hasn't taken shape," Scott Anderson, chief economist at Bank of the West, told CNBC.

"This hope of a permanent lift in productivity doesn't seem to be playing out, and therefore we're going to go back down pretty quickly to where we were, but now we're going to be be running trillion-plus deficits on top of it."

Anderson, who is one of many economists forecasting a first quarter growth in 2019 below 2 percent, told the publication that he believes the US will see a growth of just 1.5 percent.

While the report did include come eyebrow-raising numbers, it also highlighted that the US economy grew by 2.9 percent for all of 2018. However, that figure has been disputed by some, who've instead opted to measure the growth by comparing figures from the fourth quarter of 2017 and the fourth quarter of 2018, which suggests a growth of 3.1 percent.

​"A year of 3.1 percent growth is something many people thought was impossible as recently as 2016, so it's a major accomplishment," Kevin Hassett, chairman of Trump's Council of Economic Advisers, told the Times.

"And it's an accomplishment that has disproportionately benefited low-wage and blue-collar workers."

While the difference between a 2.9 percent and a 3.1 percent increase might be considered trivial by some, it carries more importance in the political sphere. Throughout the 2016 presidential campaign and since then, Trump has vowed to get the US economy thriving at an average annual growth rate of 3 percent.

In fact, most recently, Larry Kudlow, the director of the National Economic Council, stressed while speaking at the Conservative Political Action Conference (CPAC) that the US economy blew past Trump's 3 percent promise as a result of his economic stances.

"We have to preserve and build on policies and successes," Kudlow said. "In short, we have to keep America great."

A survey of 300 economists by the National Association for Business Economics recently pointed out that 75 percent of those surveyed believed the US would suffer a recession by 2021. But it's not all doom and gloom, Lewis Alexander, the chief US economist for the financial firm Nomura, told the Times.

© Sputnik
Real State of US Economy

The US experienced two recessions in the 2000s, one caused by the burst of the dot-com bubble, which was fueled by overwhelming investment in internet-based companies, and another by the subprime mortgage crisis, which led to mortgage delinquencies and foreclosures and the devaluation of housing securities across the US.