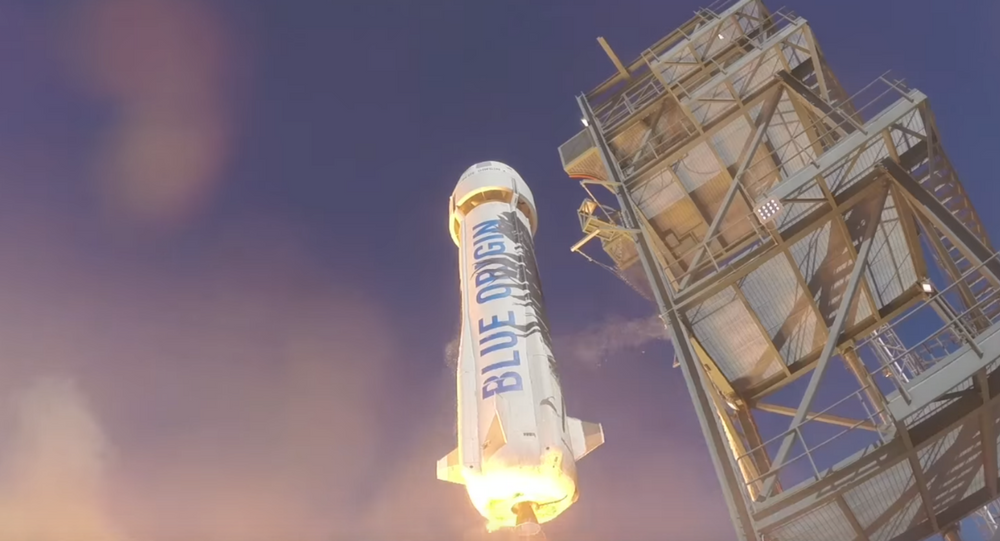 The Amazon chief executive officer shared his visionary dreams about humanity’s future in space while speaking during a private event organized by The Wings Club, a professional aviation group.

The human civilization will be much more "dynamic" when its population reaches 1 trillion people, but it needs to colonize outer space to reach that margin, billionaire Jeff Bezos, Amazon's CEO, said during a 30-minute lecture moderated by Jeff Foust, a senior staff writer at Space News.

"The solar system can support a trillion humans, and then we'd have 1,000 Mozarts, and 1,000 Einsteins. Think how incredible and dynamic that civilization will be," he said, speaking at New York's Yale Club about his space transport company, Blue Origin.

"If we're going to have that, we do have to go out into the solar system. You have to capture more of the sun's output, and we have to use all of the resources that are out in space, in terms of minerals and not just energy. And that's very doable, but we have to get started."

© AP Photo / Invision / Evan Agostini
Attorney Debunks Claims of White House Giving Dirt on Bezos to National Enquirer
Bezos shared his ambition to colonize space and outlined the first step he sees as necessary to do that. Acknowledging he does not know "all future steps" for space colonization, he underscored that humanity needs to develop a "low-cost, highly operable, reusable launch vehicle" as the first step.

According to Bezos, any big plan for space colonization has "to go through that gate" of creating a cheap, multiple-launch ship.

"That's a very expensive step," he said. "That's why Blue Origin is focused on it. It's not something that two kids in a dorm room are going to do. But I really want that dynamic life and civilization for our grandchildren's grandchildren. But we've got to get started."

Last year, Virgin Galactic's SpaceShipTwo suborbital plane VSS Unity flew higher than it ever had before, surpassing the 50 mile mark, which US Air Force considers the boundary of space, and marking the first manned flight to space from US soil since 2011. Virgin reportedly aims to establish space tourism at a relatively low cost of $250,000 per seat. So far, the only seven space tourists who managed to make their dreams come true had to pay tens of millions of dollars for their trips.

Both Blue Origin and Virgin Galactic claim space tourism flights will be available by the end of 2019.