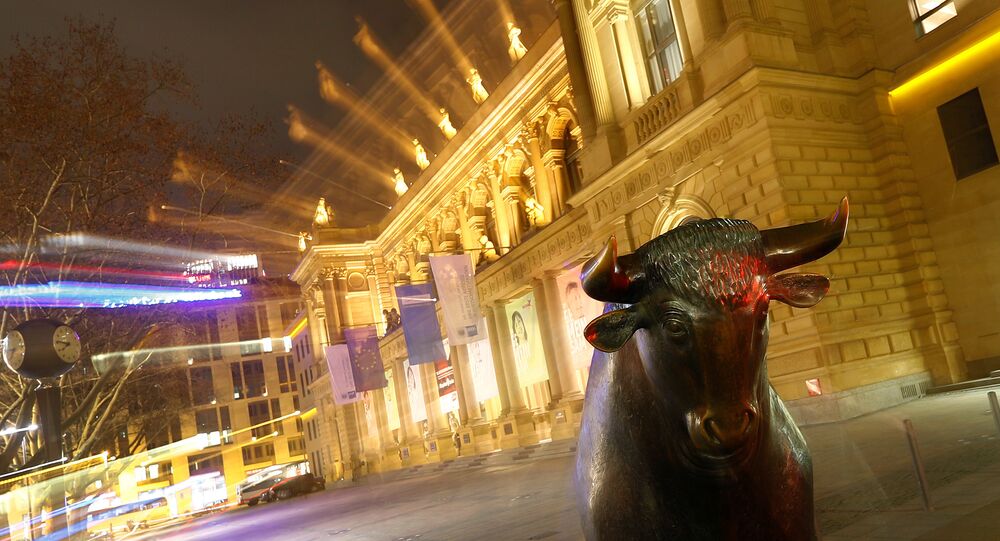 Germany's trade surplus becomes the world's largest for a third consecutive year, surpassing those of Japan and Russia yet again, but Berlin's trade policies and economic performance have produced tensions between Germany and the US, as well as calls for reforms at home.

READ MORE: Next Round of Chinese-US Trade Talks to Be Held on Thursday-Friday

According to the Munich-based Ifo Institute for Economic Research, Germany's current account surplus came in at $294 bln, exceeding Japan's $173 bln and Russia's $116 bln. The three countries have run the world's largest trade surpluses for the past few years, but Germany has come in first for three consecutive years now.

Ifo's measures include the exchange of goods, services, and investments between the countries in question and their international trading partners.

However, despite its solid performance in absolute numbers, Germany's trade surplus-to-GDP ratio has contracted for a third straight year, having dropped to 7.4 percent last year from 7.9 percent in 2017, Ifo researchers found.

© Sputnik / Andrei Starostin
US, Chinese Citizens Indicted on Trade Secrets Theft Conspiracy - DoJ
This trend is raising some concern among German policymakers and economists. Germany's economy is slowing due to the Brexit-related issues and trade friction with the US, as well as rising economic uncertainty within both the EU and the Eurozone.

Some analysts have suggested that Germany could use its surplus money to finance structural reform at home to boost growth, while others are urging a realignment in Germany's global trade relations.

"The big question is: do we still have the right international political framework for an economy like ours that is so open to the world?" Michael Hüther of the German Economic Institute in Cologne said. "That's a question that we never had to discuss in the past, but we're discussing it now."

The Ifo report also found Germany has run solid current account surpluses — above the 6 percent recommended by the European Commission — since 2011. Its surplus-to-GDP ratio hit a record high in 2015, at 8.9 percent. Although it has decreased since then, it remains impressive.

US President Donald Trump has expressed his dissatisfaction with US-EU trade relations, and as Germany is seen as the bloc's economic powerhouse, its trade performance is the source of most of Trump's dismay. Nonetheless, the US administration appears to be willing to strike a sweeping trade agreement with the EU, but some experts say German surpluses could gradually fade.

"We are not yet where we want to be (in trade talks). We might have made it one-third of the way, but the most difficult part will be now," German Economy Minister Peter Altmaier said.

In a separate report, Reuters found that Germany's trade surplus with the US declined in 2018, standing at just $55.37 bln, although German exports to the US rose 1.5 percent, to 113.5 bln euros. However, imports increased even more, by 4 percent, to 64.6 bln euros.

Meanwhile, trade between China and Germany stood at 200 bln euros back and forth, with German exports having risen an impressive 8 percent to 93 bln euros, and imports having swollen by 4 percent to 106 bln euros.

China welcomes the recent developments in its trade with Germany, as Beijing is seeking new sources of technology and hi-tech goods due to the Trump administration restricting its access to the American market last year.

"It is noteworthy that Germany's trade with China is almost balanced, suggesting that with the right products, it is possible to engage in mutually beneficial trade," Reint Gropp, President of the Halle Institute for Economic Research, said.

In the wake of the Ifo report, though, the German government said it will use part of the trade revenues to introduce tax cuts, boost social spending, and reform the national healthcare system.

German officials believe such investments could spur consumer demand at home, resulting in more German-made goods being sold in the domestic market and reducing the nation's reliance on foreign trade.