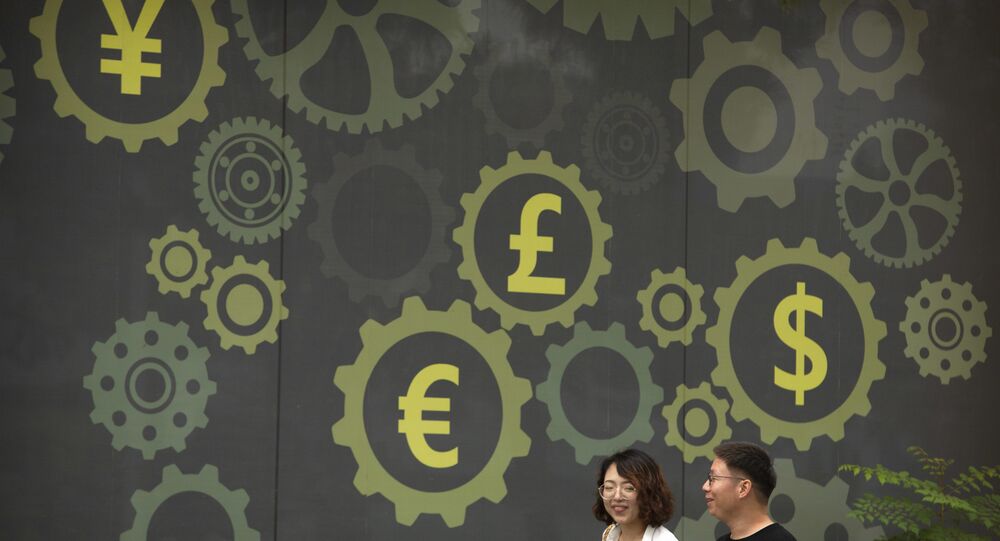 Kristian Rouz — China's top economic planner says the government in Beijing intends to attract massive foreign investment in the nation's state-owned enterprises, which, some speculate, could be a bid to further open up the Chinese economy. The statement comes after US President Donald Trump has repeatedly urged a greater openness of China amid the ongoing trade talks.

In a statement Sunday, Xiao Yaqing, Chairman of the State-Owned Assets Supervision and Administration Commission (SASAC), said the nation's major state-owned enterprises (SOE) are undergoing a process of reform.

© AFP 2021 / STR
Nobody Except China: The Only Country That Hasn't Seen a Crisis in 40 Years
Xiao said as part of the changes, the SOEs will be allowed to attract foreign investment, which is likely to boost their growth potential, improve the quality of corporate governance, and enhance the interest of international investors in the Chinese economy.

Foreign investors will "actively participate in reform and development of central enterprises, and jointly explore ways of deep cooperation including mixed-ownership", Xiao said.

The official's remarks come in line with the concept of public-private partnership, or "mixed ownership" that Beijing has been touting for years as a path forward for China's economic development. Chinese officials also said the ongoing reforms and an expected influx of foreign investment could make the nation's SOEs more competitive on the global market.

Meanwhile, some economists point out, China's smaller and privately-owned companies have been more efficient in recent years, including those in export-oriented industries. Several Chinese SOEs have been plagued by nepotism, corruption and poor throughput efficiency, experts argue, while tough competition in China's domestic market has made smaller companies more flexible and sustainable.

"Private companies in China are generally more efficient, more profitable and less indebted than their state-owned counterparts", Alexander Wolf of Hong Kong-based Aberdeen Standard Investments wrote in his column for Nikkei Asian Review. "This year (2018), China has had at least 20 corporate defaults, 50 percent more than at this point last year (2017)".

READ MORE: China Says It Won't Turn Its Currency Into Tool for Trade War With US

Officials at SASAC appear to have acknowledged the urge to reform the nation's massive, yet inefficient state sector. Earlier this year, China's State Council made several important personnel changes at the agencies responsible for the management of SOEs.

© REUTERS / Jason Lee
China Industrial Revenues Post New Month of Losses Amid Weak Overseas Demand
The State Council replaced top officials at the National Development and Reform Commission (NDRC) and the National Intellectual Property Administration (NIPA). These changes are seen as an attempt to change management style in the majority of SOEs, while measures to attract foreign investment could advance the reform process.

Most experts agree, such measures could improve the overall sustainability of the Chinese economy, which to a great extent is still reliant on the public sector.

According to analysts at investment bank Morgan Stanley, China's FDI growth is expected to accelerate in the wake of ongoing reforms. Economists say the influx of foreign investment is set to rise to $110-230 billion each year between 2019 and 2030, compared to yearly average of $126 billion over the past decade.