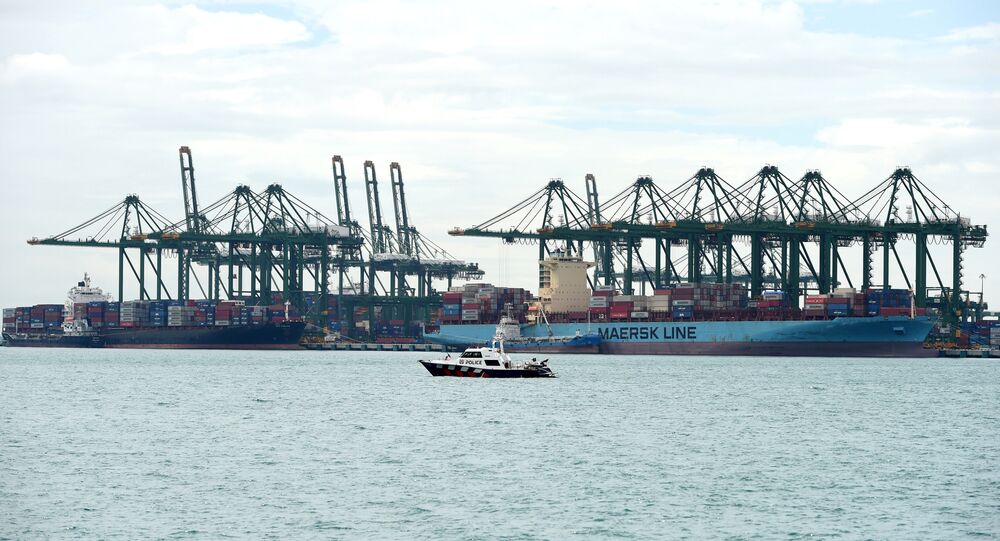 Economic growth in Singapore is slowing due to the island nation's exposure to global trade amid mounting international risks, as well as a weakness in the domestic manufacturing sector.

Kristian Rouz — The Singaporean economy is slowing amid investors' concerns of global trade tensions, Brexit risks, and the lingering uncertainty surrounding the fate of a possible US-China trade deal.

The city-state is heavily reliant on its financial services sector, hence the elevated importance of global events to its economy; but there is another, possibly more alarming, sign — the island nation's manufacturing sector is slowing as well.

According to a report from the Singaporean Ministry of Trade, the nation's GDP rose 1.9 percent in 4Q18, which is below the government's earlier forecast of 2.2 percent, and consensus market expectations of 2.1 percent growth.

The reading marks the slowest pace of economic expansion since 3Q16, when Singapore's laissez-faire economy grew 1.2 percent in the aftermath of the Brexit vote in the UK, and the then-upcoming US presidential election.

On a quarter-on-quarter basis, the city-state's economy grew only 1.4 percent last quarter, while the Trade Ministry expected a 1.6-percent quarterly expansion.

"The pace of growth in the Singapore economy is expected to slow in 2019 as compared to 2018. First, the manufacturing sector is likely to see a significant moderation in growth following two years of robust expansions", the Ministry of Trade said in a statement.

© Sputnik / Alexey Malgavko
WATCH: Singapore Vows to ‘Spare No Effort’ Prosecuting HIV Data Leaker
Officials said, a decline in global demand for high-tech products, and electronics, in particular, explains last quarter's weakness in the Singaporean manufacturing. The city-state's foreign trade, in the meantime, took a blow from the ongoing trade tensions between China and the US — which peaked in late 2018, just ahead of the bilateral "trade truce".

The Ministry of Trade also said its latest GDP reading is problematic, as the Singaporean economy had been steadily expanding at an annual 3 percent throughout the year 2018. At the same time, officials admitted that there's too little clarity as to the future of the nation's economy, as it is excessively exposed to the aforementioned overseas risks.

However, a separate report from Enterprise Singapore found that the island nation's non-oil domestic exports grew 4.2 percent for the entire 2018. Albeit a positive development, this figure is seen as reflecting Singapore's economic strength for most of last year, which might be waning at this point due to the pressure of external risks.

The office of Prime Minister Lee Hsien Loong said in a separate statement that it expects a GDP growth of 1.5 to 3.5 percent this year, which is too wide of a gap for a near-term estimate. Officials say that if the ongoing US-Chinese trade talks produce a mutually-beneficial agreement and the UK's Brexit process doesn't spawn any new risks, then Singapore is likely to return to robust expansion.

As part of such a contingency plan, Singapore is pursuing a free-trade deal with the EU. The bloc is interested in access to Singapore's financial hub, as some European executives believe the City of London will be tougher to deal with post-Brexit.

"This is the European Union's first bilateral trade agreement with a Southeast Asian country, a building block towards a closer relationship between Europe and one of the most dynamic regions in the world", Jean-Claude Juncker, president of the European Commission, said.

Singapore, for its part, is seeking cheaper imports of food and more accessible technology, both of which the EU has galore.

Meanwhile, the Singaporean central bank, known as the Monetary Authority, is expected to abstain from interest rate hikes and other policy-tightening measures this year in order not to add downward pressure on GDP expansion.

Policymakers are set to meet in April to discuss their further moves.