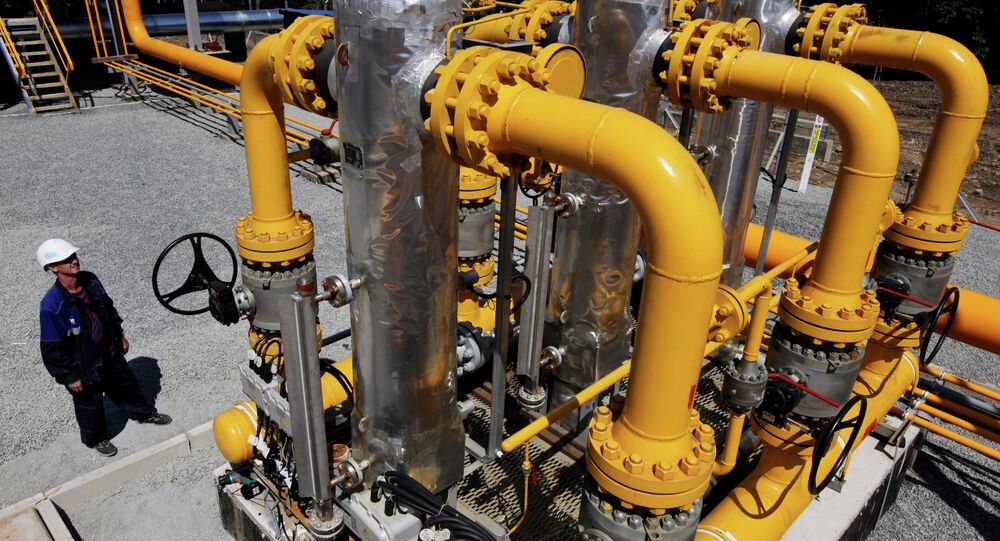 MOSCOW (Sputnik) - Russia may shift focus to China as the main market for its gas supplies if the European Union fails to show genuine interest in properly cooperating with it, which will be equally detrimental to Moscow and Europe, Mario Mehren, the CEO of Wintershall, said on Thursday.

"We shouldn't forget: Russia has alternatives! If we Europeans do not bind Russia to us, the world’s largest gas producer will turn to China. That would not be good for Russia and not good for Europe. Only China would benefit," Mehren said in an interview, published on the company’s official website.

He also dismissed claims that some European businesses were "increasingly courting" Russia.

"I don't think that Western companies are ‘increasingly’ seeking cooperation, but continue to be heavily engaged in Russia. And that’s a good thing. Because Europe’s security of supply needs Russia as a close partner. That’s a fact – whether it suits politicians or not," he stressed.

Emergencies Ministry of the Russian Federation
Russia to Revise Gas Safety Rules After Deadly Apartment Blasts
German oil and gas company Wintershall is a subsidiary of BASF. In Russia, Wintershall together with Gazprom develops the Achimov deposits of the Urengoy gas field and the Yuzhno-Russkoye field. Along with other major European companies, Wintershall is taking part in the Nord Stream 2 pipeline project, which will bring Russian natural gas to Europe via the Baltic Sea and a hub in Germany.

The pipeline project has been welcomed by some countries in Europe and opposed by the others, who raise concerns over the alleged danger of Europe's dependence on Russia and the subsequent diminished transit role of Ukraine.

Washington has been also strongly opposing the project. In this regard, Russian President Vladimir Putin has voiced the belief that the United States is seeking to force Russia out of the European energy market to sell more liquefied natural gas to Europe. Moscow has also repeatedly reiterated that the pipeline is a purely commercial project.