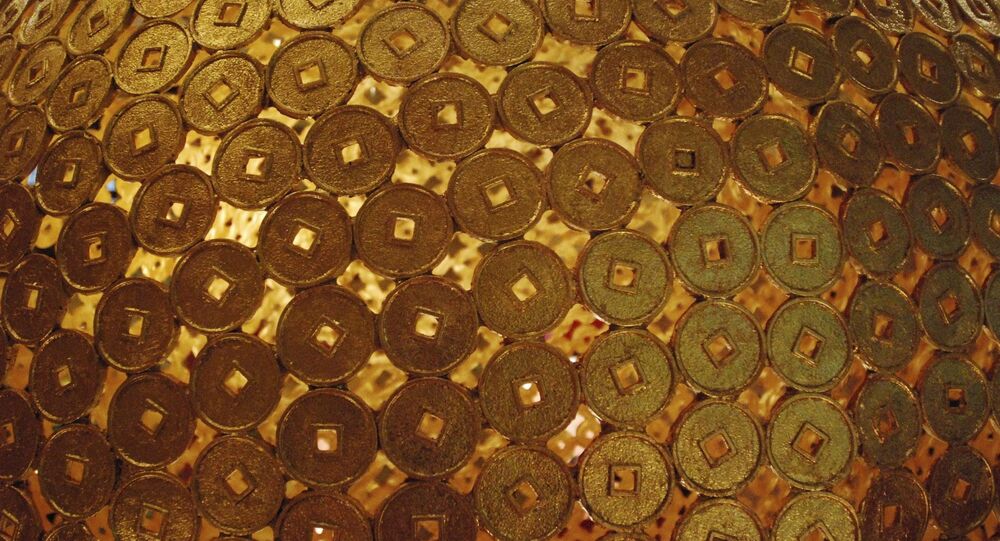 China resumed its gold-buying spree late last year, after Russia slipped past it and entered the top five countries in total gold reserves.

The People's Bank of China added over 20 tonnes of gold to its reserves between December and January, according to fresh figures released by the bank. The buy-up saw China's stockpile, now sitting at 1,864 tonnes, grow for the first time since October 2016.

The move comes amid similar efforts by other countries, including Russia and Japan, to cut holdings of US dollars and treasuries amid their perceived weakness as an investment, and slowing global economic growth. Uncertainties surrounding the ongoing trade war with the US are also playing a role, stock market analysts say.

Carsten Fritsch, a senior commodities analyst at Frankfurt-based banking and financial services company Commerzbank AG, told Bloomberg he was not at all surprised that China has resumed stockpiling. Instead, he said, "we were rather surprised that the hiatus took so long. China possesses only a relatively small amount of gold in its foreign exchange reserves. Hence there is still a need to buy."

© CC0
'Weakness is Undeniable': USD Reserves at Lowest Point in Five Years - Scholar
Indeed, while China has the sixth largest gold reserves in the world, these are only a fraction of the economic superpower's total reserves, with gold amounting to just 2.4 per cent of the total of $3 trillion, most of that wealth held in US dollars, t-bills and other obligations.

Jeffrey Halley, a senior market analyst at OANDA, told the South China Morning Post that Beijing's gold buy was a "safe haven hedge" amid geopolitical risks. "China has long been trying to diversify its reserves away from the US dollar," he said.

Gold rose 0.4 per cent in Tuesday trading on the NYSE to $1,313.81 amid ongoing US-Chinese talks to end their trade spat. "The sentiment is a little more constructive towards the deal," ING analyst Warren Patterson told Reuters. "The price direction really hinges on how these trade talks play out. A positive outcome at trade talks could weigh on the dollar and that is constructive for gold prices," he said.

© Sputnik / Pavel Lisitsyn
Gold Russian': Why Moscow's Bullion Reserves Continue to Set Records
The Chinese Central Bank's rush to gold followed news last month that Russia had grown its sovereign stockpile of the precious metal by 275 tonnes to a total of 2,112 tonnes.

The buy-up allowed Russia to enter the global top five gold holders, with the US ranked first with some 8,130 tonnes, Germany second with 3,370 tonnes, Italy third with 2,450 tonnes and France fifth with 2,440 tonnes. Moscow's gold purchases were accompanied by a massive decline in its reserve holdings of US dollars and Treasuries. In October 2018, these dropped to just $14.8 billion, down from a record high of $176.3 billion in 2010.