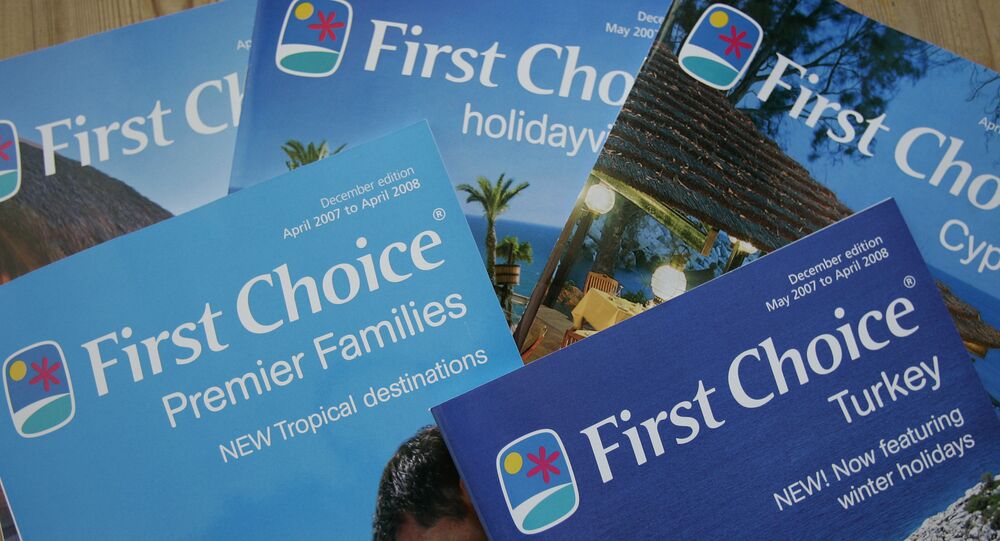 Hanover-based holiday firm TUI issued a profit warning on Tuesday, with forecasts of 10 percent profit losses blamed on an "unusually long and hot summer" in Northern Europe as well as a weakening pound due to "a result of the Brexit decision".

The company said that “sales of higher-margin products to British customers are adversely affected by the weakness of the British pound.”

“Global trends for tourism remain intact," CEO Fritz Joussen said. "TUI is financially strong with a sound strategic and operational positioning. We are continuing to deliver our transformation as a digital platform company."

“Travel and tourism remain a growth market. Customers continue to travel, but they are currently resistant to increases in price," he said. adding that TUI will slash prices to keep the company's market share and that it was "particularly important to adequately participate in market growth" during the consolidation phase in the tourism sector.

Thomas Cook, TUI's biggest competitor, reported a spike in first-quarter losses last week, and is currently seeking a buyer for its passenger airline carrier Thomas Cook Airlines. The firm, which operates across the UK, Scandinavia and Germany, saw a £14m spike in operating losses to £60m despite strong profits in 2018. UK budget airliner Flybe was also rescued in a buyout by Virgin Atlantic and Stobart Group in January. Irish low-cost airline Ryanair also faces restructuring after chairman David Bonderman was voted down for re-election in early Feb due to waves of strikes across Europe and rising fuel costs, leading to £17.2m in profit losses since March 2014.