Germany has not made any sort of deal with the US regarding approval of the Nord Stream 2 project in exchange for purchases of US LNG gas supplies, Minister for Economic Affairs and Energy Peter Altmaier has said.

"There is no deal," the minister said, speaking at a German-US conference on the LNG Import Market in Berlin on Tuesday.

According to Altmaier, Germany continues to have a three-pronged approach to energy, including increasing the number of gas suppliers (US LNG included), building Nord Stream 2 and ensuring continued gas transit through Ukraine after 2019.

"Germany's intention to diversify its gas supplies is completely independent of other issues," the minister stressed.

At the same time, Germany's Ministry for Economic Affairs and Energy announced Tuesday that Berlin would be altering legislation on the expansion of LNG infrastructure, and said that Berlin expects to see the construction of at least two new LNG terminals in northern Germany. These, he said, would help increase the security of energy supplies to Germany and contribute to diversification. 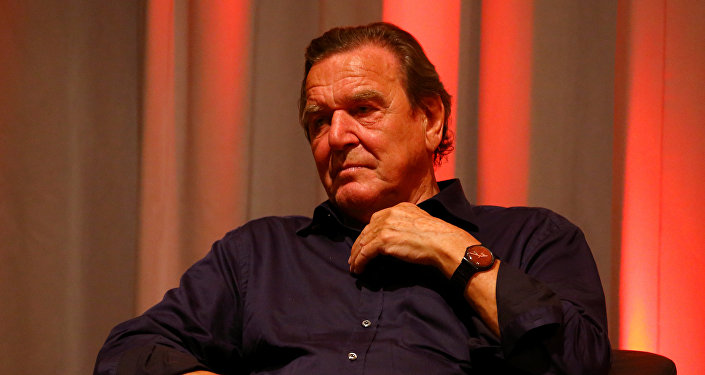 © REUTERS / Morris Mac Matzen
German Media Slams Ex-Chancellor Schroeder Over Nord Stream 2's 'Inevitability'
Altmaier's remarks follow his comments over the weekend that the EU's newly approved directive on the Nord Stream 2 gas pipeline was a "powerful signal" to those who had criticised it. In an interview with Welt am Sonntag newspaper, the minister brushed aside US criticism, claiming that Nord Stream 2 would increase German dependence on Russian gas, stressing that Berlin would "never succumb to blackmail."

France and Germany reportedly clinched a compromise deal last week regarding EU-wide regulations related to Nord Stream 2, with the deal stipulating that Berlin itself would be able to determine the rules under which the project will operate.

Nord Stream 2 is a joint venture between Russian gas giant Gazprom and a group of Western European energy firms, and envisions the construction of a pipeline from Russia to a terminal in northeastern Germany via an underwater pipeline in the Baltic Sea. Once completed, it will double Nord Stream's existing capacity, and be capable of delivering an additional 55 billion cubic metres of Russian natural gas to European countries each year, bypassing traditional and often troublesome transit states such as Ukraine and Poland. Germany has devoted considerable attention to expanding the role of clean natural gas in its energy strategy after rejecting coal and nuclear energy.

Poland, Denmark, and the United States have criticised the pipeline venture, with Poland warning of a Russian 'threat' to European energy security and the United States hoping to increase sales of its own, more expensive LNG to the continent. US diplomats have previously threatened to sanction European companies involved in Nord Stream 2.