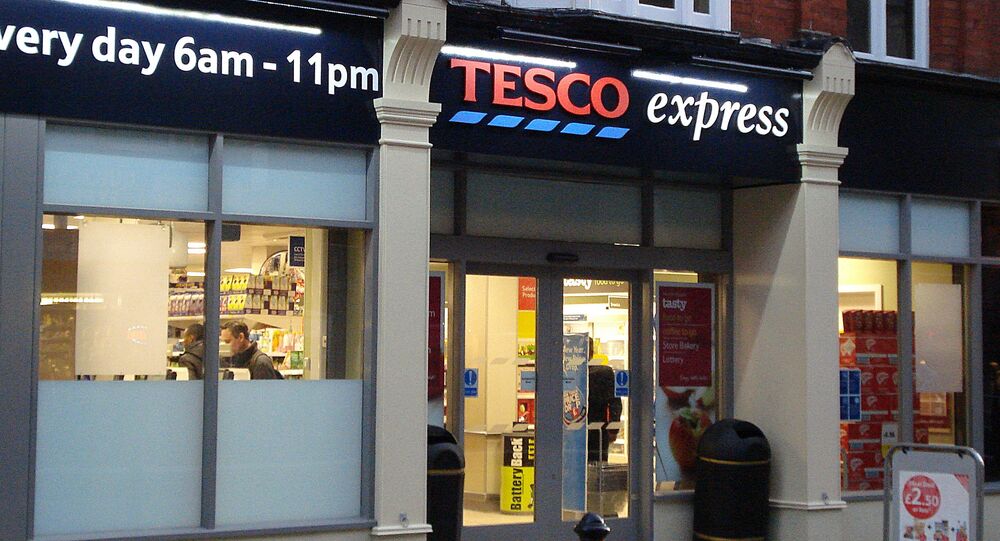 Tesco Slashing Up to 9,000 Jobs to Create 'Sustainable' Business Model

Tesco currently employs over 300,000 people across the UK, but said that "up to half" of staff layoffs "could be redeployed to other customer-facing roles", a press release on Monday said.

The company will also scrap senior management roles, opting for "a simpler and leaner structure", the statement read, adding that it will change how stocks are managed to facilitate "a significantly reduced workload, with fewer hours needed to complete the routines".

Some staff layoffs have been affected by canteen closures due to "reduced demand", with self-service kitchens replacing them.

Union of Shop, Distribution and Allied Workers (USDAW) national officer Pauline Foulkes said: "Staff at Tesco are shocked and dismayed by the scale of yet another round of potential job losses, which clearly demonstrates the pressure retailers are under in the current very difficult and uncertain economic climate, as the cost cutting continues."

​Tesco axing 15,000 jobs. Brutal. Good thing we didn't build loads of hastily fashioned communities around all these retailers that are going into decline, or we'd have some kind of imminent nightmare on our hands.

She added that the British Retail Consortium estimated 70,000 job losses across the retail sector last year and that the UK needed an "industrial strategy lead by the Government, working with USDAW and retailers to tackle the crisis on our high streets".

"This is devastating news for staff, who have played a crucial role in Tesco's turnaround project, contributing to 12 successive quarters of growth, solid Christmas trading and over a billion pounds of profit. We will enter into consultation talks with Tesco, where we will examine the business case for their proposed changes."

The BBC has seen an email sent to #Tesco staff by a company executive, after it was reported there’ll be thousands of job losses following a review of fresh food and bakery counters pic.twitter.com/IE360hS5zr

A Tesco spokesperson said: "Media speculation over the weekend was premature and we have accelerated our communications to colleagues in order to reduce the significant uncertainty created by incorrect information," adding that the company would do all it could to "help colleagues affected by these changes, including offering redeployment opportunities wherever possible."

"In our four years of turnaround we've made good progress, but the market is challenging and we need to continually adapt to remain competitive and respond to how customers want to shop," Tesco CEO for UK and Ireland Jason Tarry said.

READ MORE: Santander UK to Slash One-Fifth of Branches, Over 1,200 Jobs Under Threat

"We're making changes to our UK stores and head office to simplify what we do and how we do it, so we're better able to meet the needs of our customers," he said, adding that the changes will impact colleagues, but the company would minimise this "as much as possible and support our colleagues throughout."

UK high streets have been battered by a wave of failing businesses, with His Majesty's Voice entering into administration in late December and Santander planning to close hundreds of offices as part of its own downsizing package. UK billionaire and Sports Direct owner Mike Ashley is negotiation a rescue package for HMV, but has not finalised anything to date. Jaguar Land Rover may also lay off up to 5,000 jobs as part of its Project Charge and Accelerate company 'reform' plans.