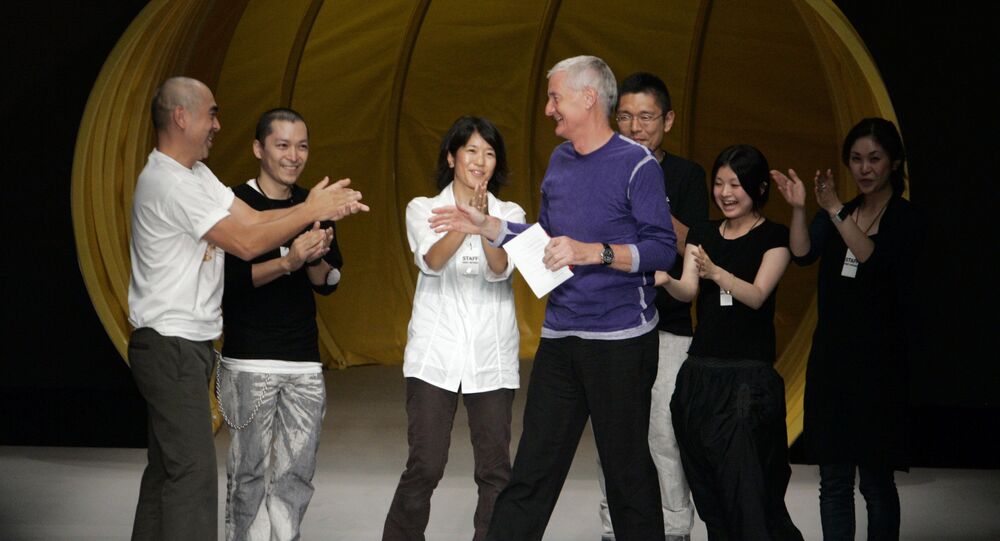 CEO Jim Rowan told reporters in a call that the company's move to Singapore was not related to Brexit or taxes, but due to a shift in the importance of the the region. Singapore is also home to the world's second-largest shipping hub used as a manufacturing base for UK companies like Rolls Royce Holdings Plc and others.

“It's about making sure we are future proofed," Mr. Rowan said. "There are huge revenue opportunities in Singapore, China is the poster child of that."

© REUTERS / Clodagh Kilcoyne
'No Deal and Disorderly Exit From EU is Now the Default Scenario' – Scholar
The news comes as UK prime minister Theresa May and her Cabinet rush to quell fear in the UK business community as Brexit uncertainly looms before the 29 March deadline. Infiniti Motor Company Ltd. president and former Nissan Motor Co. executive Roland Krueger has also planned to join Dyson in April to help manage the business.

The Wiltshire-based firm earned roughly £4.4bn by the end of 2018, an increase of 28 percent due to a sharp rise in demand for Dyson hair care products. Revenues have also risen 68 percent over the last two years with more than 50 percent of profits coming from Asia, with top grossing products sold during Asia's Singles' Day event on 11 November, Alibaba Group Holding Ltd. said at the time.

Another prominent Brexiteer to add to the list. Don't let them get away with it.

Apparently, this has ‘nothing to do with Brexit’. If only we could say the same about James Dyson. https://t.co/oWFjwDsob1

Dyson will continue its research and development and is set to invest "hundreds of millions of pounds" in robotics at its Singapore Technology Centre, and has asked the UK government for more than £350mn to help expand operations at its UK testing facility.

Dyson Ltd. is famous for its powerful vacuum cleaners and hand dryers, and has seen unprecedented growth over the last few years due to growing sales in Asia. The firm has even entered the hair-care and electric vehicle markets, with plans to build its first car by 2021.

The company also plans to expand its product lineup with a new headphones model that doubles as an air purifier, with the hopes of tapping into environmental causes in pollution-affected regions of Asia, according to sources familiar with the project.

Dyson is the latest company to mull changing operations amid Brexit uncertainty, with executives from Jaguar Land Rover, Nissan-Renault, Bank of America Merrill Lynch and others demanding that the government avoid a no-deal Brexit or moving operations overseas to other financial bases such as Frankfurt, Dublin, Paris, and Eastern Europe.

No 'No Deal' Vow, No 2 Brexit Ref, No Fee for EU Citizens: No Massive May Change