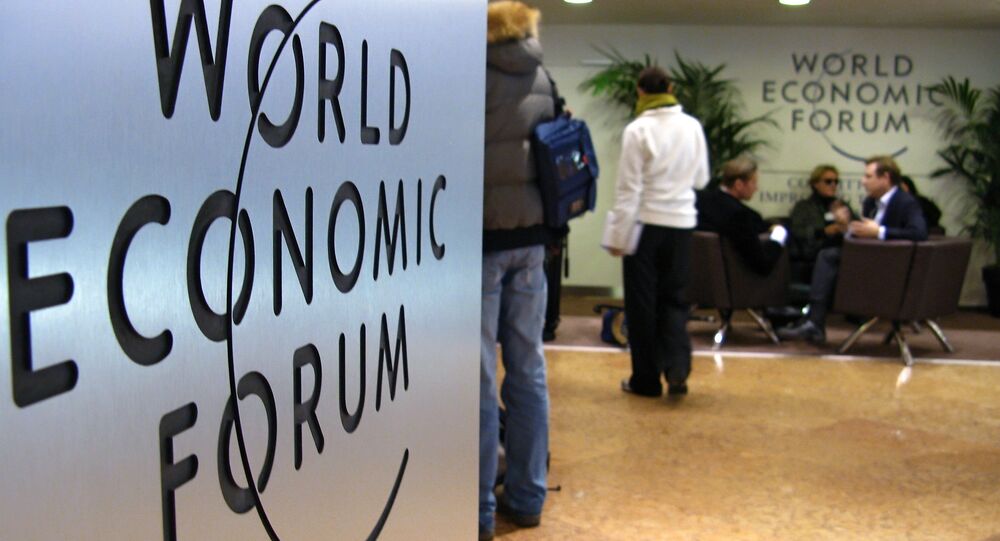 A new global survey finds citizens across the globe are increasingly sceptical of their governments over fears of corruption, lack of representation, and insufficient accountability; meanwhile, public trust in private-sector companies appears to be on the rise.

Kristian Rouz — A new survey, released just ahead of the World Economic Forum in Davos, Switzerland, shows public trust in political leaders has fallen below workers' confidence in their employers.

The poll's findings point to a gradual erosion of popular support for governmental bureaucracy, as an ever-increasing share of citizens are concerned with corruption, a lack of popular representation, and the ability of governments of states to defend national interests.

© REUTERS / Andrew Yates
EU Economies Stuttering & Positive Noises from Germany: Boris Talks Real Brexit
According to the yearly Edelman Trust Barometer, only 20 percent of respondents across the globe trust the system of national governance in their respective countries.

"The past two decades have seen a progressive destruction of trust in societal institutions, a consequence of the Great Recession, fears about immigration and economic dislocation caused by globalisation and automation", Richard Edelman of Edelman Intellectual Property said.

One of the world's most advanced economies, Japan, is particularly sceptical of the nation-state model of national governance. Some 84 percent of Japanese citizens said their quality of life will likely deteriorate five years from now due to the shortcomings and inefficiency of the political system.

© AFP 2021 / Zakaria ABDELKAFI
'The Yellow Vests Will Triumph Where the Nuit Debout Failed' – Unionist
Japan is closely followed by France, where the share of sceptics stands at 79 percent — and their murky sentiment is perfectly exemplified by the ongoing rage of the so-called "Yellow Vests" protests. In Germany, 74 percent of surveyed citizens don't believe in the political leadership, and in the UK, some 72 percent of respondents are equally disenchanted.

On average, some 49 percent of respondents across the globe said they don't expect to be better off in five years' time. The Edelman Trust Barometer found the majority of people in the advanced world believe that political elites in their respective countries put their own interests above interests of the nation.

Citizens also criticised political and partisan infighting in their own countries, geostrategic tensions, jingoistic sentiments, and eagerness to engage in irresponsible economic experiments as undesirable and dangerous initiatives stemming from their national governments.

On the contrary, the majority of respondents across the globe praised private-sector enterprises — including their own employers — saying over the past few years corporations have made significant progress on the path to a greater transparency, fair worker compensation, and environment-friendly practices.

"People have low confidence that societal institutions will help them navigate a turbulent world, so they are turning to a critical relationship: their employer", Edelman said.

Some 75 percent of citizens worldwide said they trust their employer. When asked about their government, only 48 percent expressed some degree of trust, while the media received 47 percent. The results in this category don't amount to a total of 100 percent as many respondents provided several answers to the question "who do you trust".

"CEOs now have to be visible, show personal commitment, absolutely step into the void, because we've got a leadership void in the world", Edelman said.

Experts say such sentiments also explain the rise of populist parties across Europe, including UKIP in Britain, Five Star and the League in Italy, and AfD in Germany. The election of Donald Trump as US president back in 2016 also correlates with the results of the Edelman poll.

© REUTERS / Toby Melville
Listen to the People
Additionally, some say the so-called open-information society and the looming advent of 5G and machine learning technologies could deal a deadly blow to the existing structure of political governance across the globe. Experts believe that nepotism, corruption, and mismanagement are becoming harder to cover up.

However, there is also an alarming side to the Edelman poll's results. The overwhelming public trust in the private-sector and technology poses a threat of a nascent global corporate-surveillance state — as exemplified by the Facebook-Cambridge Analytica scandal last year.

This rising "brave new world", sceptics suggest, could be characterised by a frightening lack of oversight of the use of citizens' personal data. Nonetheless, national governments as they exist today can hardly be trusted with oversight as well, some say, which could mean citizens will have to learn to protect themselves in the changing world.