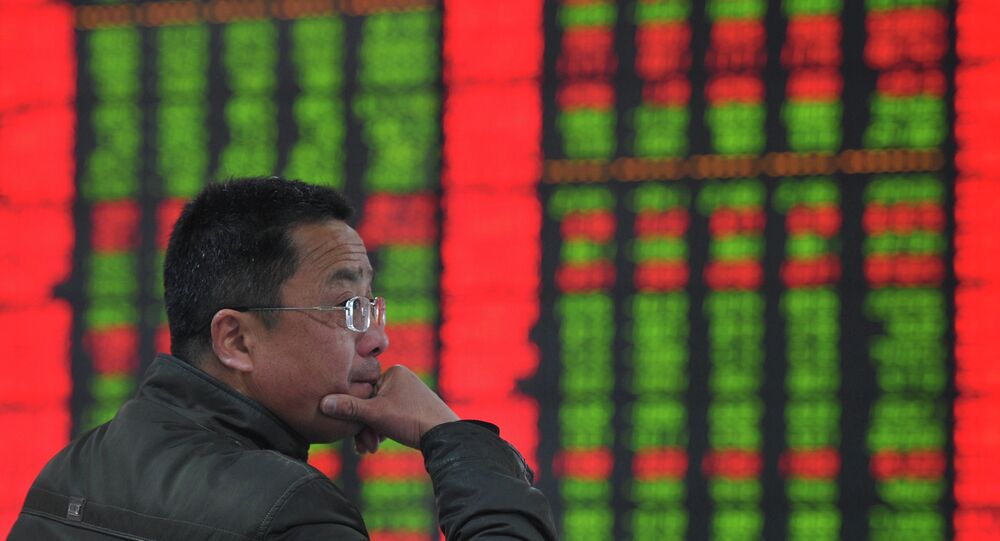 An ongoing robust expansion in China's petrochemicals and fuel refining industries remains highly-supportive of international crude prices, despite fears of a global economic slowdown and the ongoing broader cooling in the Chinese economy, in particular.

Kristian Rouz — Global energy prices are extending their rebound beyond this year's high after Mainland China released data on its refinery processing for the past year, which turned out to be stronger than expected, despite the ongoing cooling of the world's second-largest economy.

Increasing Chinese demand for crude, as well as the gradual effects of OPEC oil cuts and a US oil embargo against Iran are all seen as supportive of oil prices in the near-to-medium-term perspective.

This whopping volume of crude processing suggests China alone can absorb all US oil production, and will still have some spare capacity.

Energy investors say a solid pace of expansion in China's petrochemicals and fuel production industries are driving the nation's demand for crude oil, suggesting even a slowdown in China's broader GDP doesn't pose as big of a threat to oil prices as previously thought.

"Everyone thought it was doom and gloom four or five weeks ago, with a massive economic slowdown coming, and I think that outlook has just shifted", Leo Mariani of KeyBanc Capital Markets said. "There's definitely been a lot of re-positioning as a result".

© REUTERS / China Daily
'The Beginning of World Economic Recession': EU Caps Steel Imports
Following the release of Chinese data, international Brent oil futures rose 0.1 percent to $62.75/bbl, with analysts expecting the benchmark to climb beyond $63 and toward $65/bbl in the coming days.

Meanwhile, WTI rallied above $54/bbl in New York for the first time this year — despite the ongoing expansion in crude output in Texas and North Dakota.

"Brent can remain above $60 per barrel on OPEC+ compliance, expiry of Iran waivers and slower US output growth", analysts from JP Morgan said.

Experts also point out that so far this year, oil prices posted their strongest growth in 18 years, despite the lingering concerns of a global economic slowdown, fears of oversupply in North America, and a possible slump in the overall demand for fossil fuels.

Crude prices are expected to continue their growth in the months to come, as other factors are also supporting of the near-term outlook on prices.

"Oil is taking a short pause after surging to $54 last week", Satoru Yoshida of Tokyo-based Rakuten Securities Inc. said. "While US output is rising and the trend is expected to continue, investors are getting a sense of security from OPEC's production cuts".

© CC0
Major Economies Slumping but 'Nowhere Near' Global Recession - Financial Analyst
According to a separate report from the US Energy Information Administration last week, American producers are currently extracting 11.9 mln bpd, with their output poised to rise by another 1.1 mln bpd this year. The IEA expects US production to exceed that of Saudi Arabia in roughly six months, while US foreign trade data point to the ongoing increase in energy exports.

Meanwhile, OPEC implemented yet another round of oil production cuts last month, this time removing some 751,000 bpd from the market to support crude prices. Saudi Arabia accounts for roughly half of this cutback.

"For now, it's really OPEC's game in terms of how aggressive they are in removing those barrels", Chris Kettenmann of Macro Risk Advisors LLC said.

While the outlook for the global energy industry has improved, the majority of trades and investors are closely following the news related to the US-China trade talks. In case the sides reach a free-trade deal, China's demand for oil is set to increase even quicker than it did last year.

A possible rebound in China's GDP growth rate could prompt institutional investors to raise their long bets on oil as well, likely pushing crude prices to new highs this year.

After Three-Month Slump, China Home Prices Again On the Rise