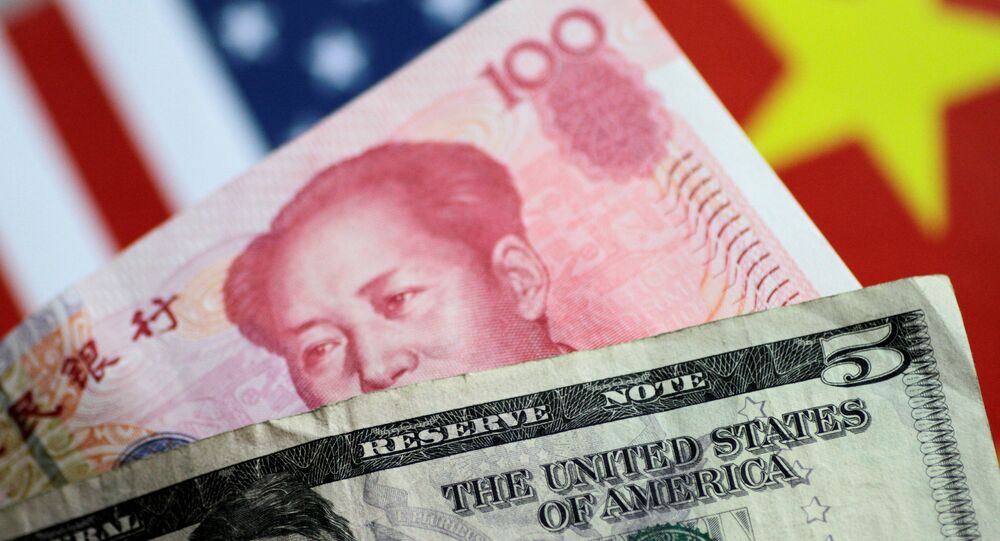 The developments come after Russia signalled its readiness to reduce its dependence on the dollar, stressing that it does not plan to restrict transactions using the US currency. Moscow said that the goal of de-dollarization is to improve the health of the Russian economy and shield it from Washington's recent sanctions spree.

By end of July 2018, the Russian Central Bank reduced the share of the dollar in its international reserves to 24.4 percent, while simultaneously increasing the shares of the euro and the Chinese yuan to 32 percent and 14.7 percent, respectively, according to the Bank's review of its management of foreign currency and gold assets.

At the same time, the regulator increased the share of several other currencies from 12.4 percent to 14.7 percent. These currencies included UK pounds, Japanese yen, Canadian and Australian dollars, as well as Swiss francs.

The survey revealed that between June 2017 and June 2018, the highest yield among the actual portfolios of currency assets was demonstrated by the yuan, which stood at 3.2 percent per annum, while the yield of the US dollar was 0.35 per annum.

The Central Bank of Russia's volume of foreign currency and gold assets increased $40.4 billion, to $458.1 billion within the same period.

Commenting on Washington's sanctions and attempts to use the dollar as a weapon in late November, Russian President Vladimir Putin noted that the US is "shooting itself not in the foot, but a bit higher".

"We do not have the goal to move away from the dollar, we are forced to do this. Let me assure you, we will do this […] We just do not want to do anything sudden that would hurt us […] We are not leaving the dollar, the dollar is leaving us", Putin stressed.

His remarks came after Andrey Kostin, the president and chairman of Russia's second-largest bank VTB, came up with a de-dollarization plan that was welcomed by the Russian Finance Ministry. The plan specifically stipulates a gradual shift to bi-lateral trade with countries in their own currencies, especially within the framework of the Eurasian Economic Union (EAEU).

© AFP 2020 / STR
De-Dollarization: How Russia and China May Soon Dethrone the Petrodollar
For his part, Russian Industry and Trade Minister Denis Manturov told Sputnik in early September that Russia was working on shifting to settlements in local currencies with the countries of the Middle East, Southeast Asia, Latin America and Africa.

Earlier, Moscow indicated its intent to reduce its economic dependence on the dollar, but added that it will not impose any restriction on transactions in the US currency.

Moscow explained that the main incentive behind the move is to stimulate economic growth and protect the economy from US sanctions.