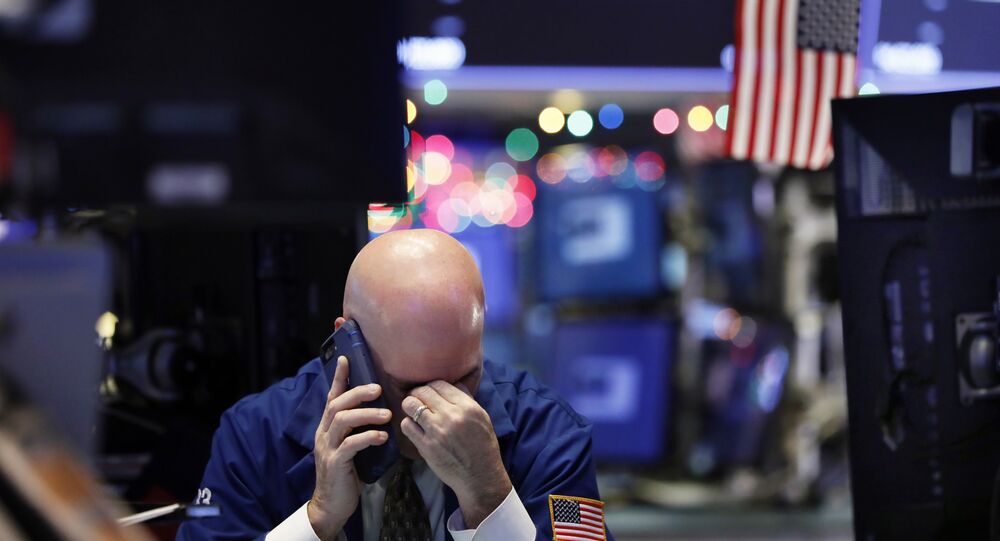 The Dow Jones Industrial Average fell 660 points on Thursday, or about 2.8 percent, on the heels of bearish news from Apple. Another factor that may be driving the fall was a Reuters report on the top US banking regulator, which said US banks are "superbly well-capitalized."

Apple CEO Tim Cook's bombshell letter Wednesday has been cited as one of the catalysts for Wall Street's day of losses.

"While we anticipated some challenges in key emerging markets, we did not foresee the magnitude of the economic deceleration, particularly in Greater China," Cook said on Wednesday. "In fact, most of our revenue shortfall to our guidance, and over 100 per cent of our year-over-year worldwide revenue decline, occurred in Greater China across iPhone, Mac and iPad."

The Federal Deposit Insurance Corporation (FDIC), a federal US regulation agency, attempted to soften fears about banks having the capacity to avoid a bank run and provide the market some more calmness. The agency's comments had the opposite effect, ZeroHedge reports.

"Frankly, recent market movements have not given us any reason to be concerned," FDIC Chairman Jelena McWilliams told Reuters, adding that "Banks are well-capitalized. Actually, they are superbly well-capitalized."

Trump Makes Surprise Visit to Iraq as Stocks Rally for a Day...