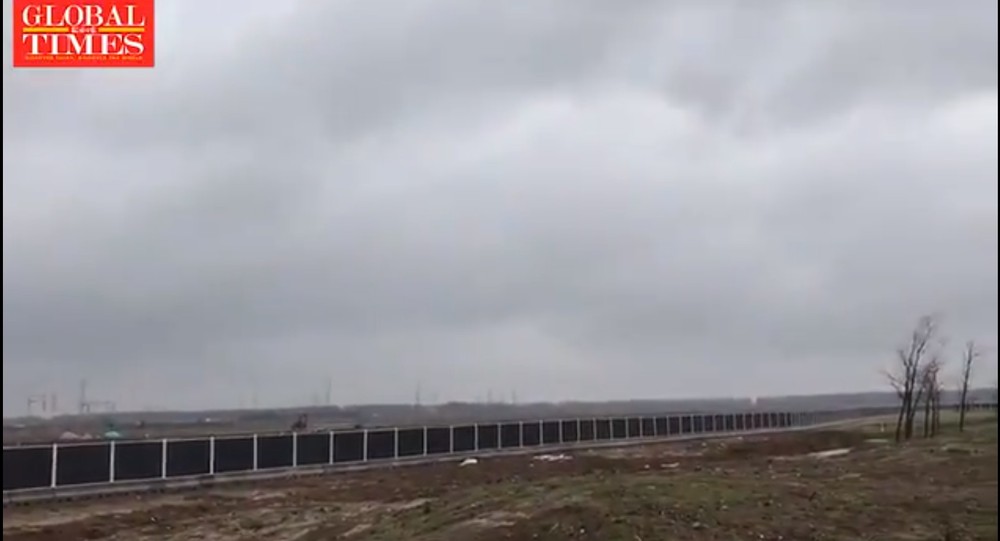 US electric car maker Tesla Motors has banked future success on the growing Chinese electric car market, but the company still hasn’t broken ground on its Shanghai plant, despite claims that production will begin in 2019.

In October, Tesla then-CEO Elon Musk acquired 200 acres of land in the centrally planned Nanhui New City, southeast of downtown Shanghai. However, surprisingly little has been done to the property since then, leading the Global Times to report on Wednesday after visiting the location that it appeared "more wasteland than building site."

On December 5, CNBC reported that land on the site had been leveled, but when Global Times visited the location they reported no change from three weeks ago, only that the area was surrounded by a black fence to obscure view of the site. Security guards as well as locals confirmed there had been little activity there.

​That's pretty shocking, given that the company expects to be rolling cars off the line for Chinese consumption next year.

A WeChat post by the Shanghai government on December 5, following a visit by Shanghai Mayor Ying Yong and Vice Mayor Wu Qing to the site, said that partial production is expected to begin in the second half of 2019, CNBC reported at the time. A construction supervisor named Dai told the Global Times Wednesday that even working full time, construction could take nearly a year.

Musk, who "deleted" his title as CEO in October after a US Securities and Exchange Commission ruling required him to step down for three years, has sought the Shanghai Gigafactory as his company's gateway into the Chinese market, which is expected to grow exponentially in the coming years as Beijing tries to reorient its society toward 100 percent of cars on Chinese roads being electric by 2030.

Tesla first announced it was seeking to begin production inside China back in August, when in the midst of the China-US trade war, the two superpowers imposed massive tariffs on automotive imports. In a bid to avoid upcharges on Tesla cars sold in the China, Musk put down a $5 billion investment for the factory. He claimed the company operates at a 55 to 60 percent cost disadvantage as compared to domestic manufacturers because of transport and tariff costs. At the time the company reported expected production to begin in 2021, Sputnik reported.

However, Fortune has observed that a factory in China won't totally free Tesla from the costs associated with imported goods. While it could save money on local components, it's unclear if the factory is inside of one of Shanghai's free trade zones. If it isn't, then tariffs would still be included in its prices.

China is already the world's largest market for electric cars, with sales doubling in the past year to over 1 million — even more than US sales. China is also Tesla's second largest market after the US, where its present production centers are all located, accounting for 17 percent of its sales, Reuters noted in August.

Tesla has repeatedly cut prices to become more competitive, the Times reported, slashing prices on the Model 3, Model X and Model S. Zero Hedge also reported that Tesla has volunteered to pay tax credit for customers, but to no avail. In the third quarter of 2018, Tesla's sales in China tanked, declining by 37 percent, and then fell by 70 percent year-on-year to a humiliating 211 vehicles in October, the Global Times noted Wednesday.

By comparison, Tesla's competitors in the Chinese electric car market, BYD Auto and Nio, have been churning out thousands of electric cars. According to the Global Times, Shenzhen-based BYD sold more than 28,000 electric vehicles in November, a year-on-year increase of 123 percent, while Noi, which is also based in Shanghai, sold 3,089. Another Shanghai manufacturer, SAIC Motor, has earned a deal with the city government to supply over 4,000 electric taxis under its Roewe vehicle marque, the Times noted.

That's bad news for Tesla, which has made "a huge gamble" on the China market, NordLB analyst Frank Schwope told Reuters in August. The Model 3 sedan is seen as key to the company's future, as it continues to burn through cash in an effort to turn a profit. Schwope said China would be "the most important car Market for Tesla by far, where the company will earn more than a third of its money."

With ground yet to be broken on its Shanghai factory, that future is looking exceedingly grim.