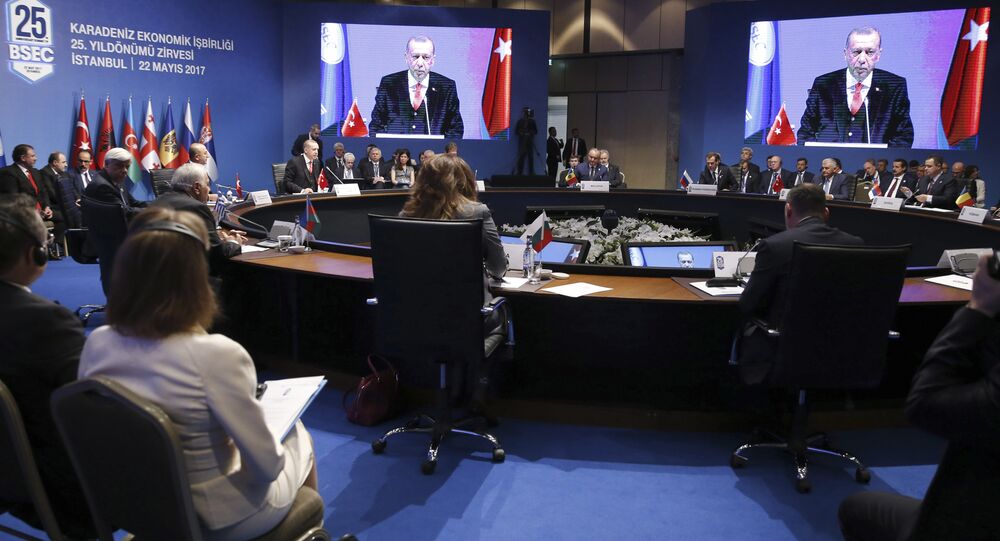 Turkish officials have pledged a fiscal and, possible, monetary stimulus as the economy faces an imminent recession, foreign trade woes, financial volatility, and a decline in consumer confidence.

According to Turkish Labour Minister Zehra Zumrut Selcuk on Tuesday, the cabinet will hike the minimum wage by 26 percent, to 2,020 liras, or $381, per month. The changes will take effect next year.

© REUTERS / Rodi Said
Analysts Explain How Trump's Pull-Out From Syria Affects Turkey, Israel & Russia
Turkish officials said the move would help offset this year's plunge in the lira's exchange rate against the dollar, which has had long-term negative on to Turkey's consumer market. The government believes an increase in the minimum wage will spark an overall increase in worker compensation across the majority of sectors of the Turkish economy, allowing households to boost their spending.

This, in turn, is expected to support the nation's faltering GDP expansion.

Meanwhile, the Turkish economy is officially in a recession, as the nation's 3Q18 GDP growth rate dropped to —1.1 percent quarter-on-quarter, compared to 0.6-percent expansion in Q2, and a 1.9-percent growth in 3Q17. Preliminary growth estimates for this outgoing quarter suggest economic contraction will continue, and could likely extend well into the next year.

In this light, economists expect the Turkish government to enact additional fiscal or monetary accommodation next year, albeit an increase in minimum pay appears to be a solid first step.

"Some easing in monetary and/or fiscal policy looks likely in early 2019 to cushion the domestic economy", Nigel Rendell of Medley Global Advisors said in London. "Investors would much prefer policymakers to slay the ‘inflation dragon' before trying to resurrect the domestic economy".

The Turkish government, for its part, said the rising exports and slowing imports contributed some 6.7 percent to the nation's GDP growth rate — however, these gains were offset by the financial turmoil and a stand-off with the US earlier this year.

© REUTERS / Osman Orsal
'No Benefit to Anyone': Turkey Warns France Against Remaining in Syria Amid US Pullout
The latter has also sent Turkish financial markets and the national currency reeling several months back.

In the meantime, Turkish President Tayyip Erdogan said that the nation is still on course to meet its yearly export target of $170 bln, despite the international trade and political woes.

Erdogan said the Turkish economy had demonstrated sustainable economic expansion over the past 16 years, with the total amount of foreign investment into the country exceeding $201 bln. However, he said that Turkey had successfully overcome this year's plunge of the national currency and a spike in inflation — a statement some economists contest.

"It is important that the central bank reiterates a strong commitment to maintain tight monetary policy despite the sharp slowdown in economic activity until the outlook for inflation improves markedly", Piotr Matys of Rabobank said.

But Erdogan is optimistic, saying that Turkey's current account balance is gradually getting better due to robust exports. His cabinet officials share the same sentiment.

However, despite all the positive changes outlined by Turkish officials, the economy is in a recession, and it remains to be seen whether the limited fiscal accommodation announced this week will help Ankara get the economy back on track.