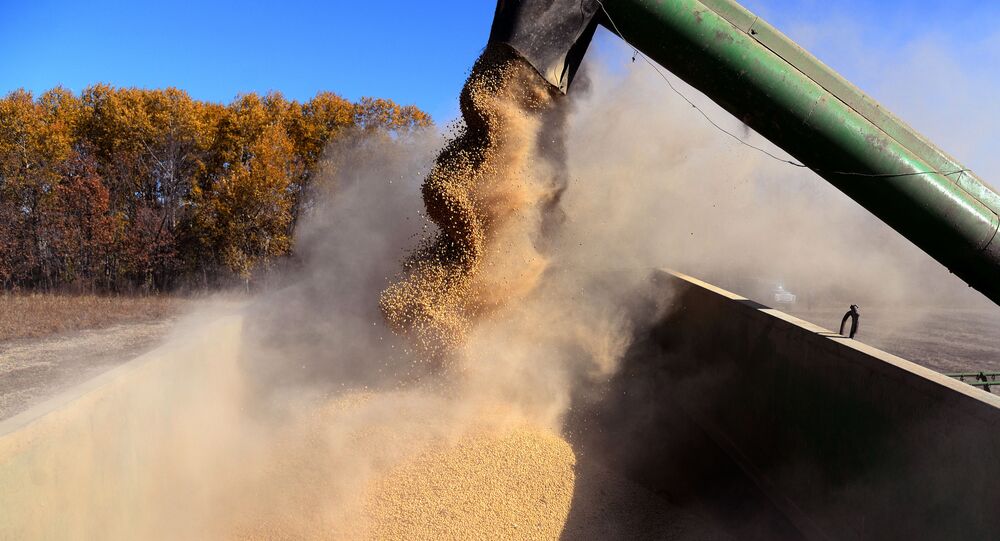 China has used Brazilian soybeans to fill its import void after the country totally halted purchases of US soybeans.

China typically imports most of its soybeans, which are primarily used to feed livestock, from the United States at this time of year, and the US is the second-largest provider of soybeans to the country year-round — a partnership that was worth $12 billion last year.

Beijing hiked tariffs on US imports by 25 percent in July in response to US tariffs on Chinese goods. Since then, Chinese imports of American soybeans have plummeted, coming to a complete stop in November.

Instead, China purchased 5.07 million tonnes of soybeans from Brazil last month, an increase of more than 80 percent from 2017, Reuters reports.

Beijing started purchasing US goods again earlier in December after they reached a truce to the trade war with the US, but US imports are still heavily tariffed.

While China appears to have found alternative trading partners to meet its huge soybean demand, it isn't clear where American sellers are turning. China accounted for nearly 60 percent of US soybean exports in 2017.

The Wall Street Journal, however, reports that American farmers are looking to increase trade with Europe, the Middle East and North Africa. "It's far from a guarantee it will work," US Soybean Export Council head Jim Sutter told the Journal.

Quartz reports that Beijing has made two purchases of US soybeans in December since the trade war truce went into effect, but they have not yet been imported.