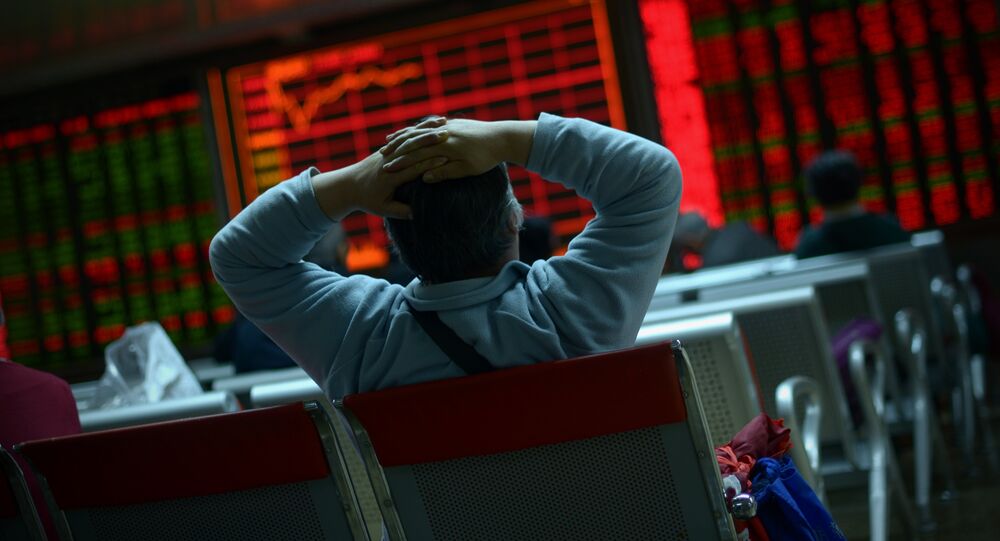 Two of the world’s less-prominent reserve currencies, the yen and the Swiss franc, have rallied against their major peers amid the elevated political tensions on Capitol Hill, in Westminster, and intra-EU relations.

Kristian Rouz — The ongoing political stalemate on Capitol Hill, the EU-Italy budget dispute, and Brexit fears are weighing on the exchange rates of the world's three largest reserve currencies — the dollar, the euro, and the sterling, respectively.

As a result, money trades and investors have turned their eye to the other two hard currencies, driving the largely unwelcome gains in the yen's and Swiss franc's FX rates.

© CC0
Japan Gov't Agencies to Stop Using Huawei, ZTE Over Security Concerns - Reports
The Japanese and Swiss national currencies posted gains in Monday's trading, reflecting the lack of investor confidence in the US, Eurozone, and British economies engulfed in their respective political battles of attrition. Amid the concerns of a possible slowdown in global economic growth, many investors are seeking safe havens in the form of hard currencies, leaving the yen and the franc their only remaining options.

Additionally, the nascent bear market in US stocks has also affected investor sentiment.

"The global equity market rout has been driving sentiment in the currency markets. I don't see any significant rebound in risk sentiment yet", Stephen Innes of foreign exchange company Oanda said.

However, Japanese government officials and central bankers are hardly happy to see the yen rally yet again. The "weak yen" policy has supported Japanese exports for decades, and as the nation is struggling to spur inflation and GDP expansion, additional downside pressure on national exports — one of the main sources of economic growth in Japan — is not welcome.

Both the yen and the Swiss franc added 0.1 percent against their major peers Monday, and this revaluation is expected to continue for as long as political turmoil keeps battering other advanced economies.

© REUTERS / Lee Jae-Won
US Unveils Goals for Upcoming Japan Trade Talks
For its part, the weighted dollar index lost 0.2 percent that same day. The yen traded at 111 JPY per 1 dollar on Monday, while the Swiss franc rose to 0.99 per 1 dollar.

Some economists say dollar-yen trading has been greatly affected by the lingering US-China tensions, despite the recently-concluded 90-day trade truce between Washington and Beijing. The arrests of Meng Wanzhou, CFO of Chinese mobile phone-maker Huawei, as well as the apprehensions of three Canadians in China, have rendered investors sceptical of the future of economic relations between China and North America in general.

Additionally, the US Federal Reserve's most recent hike in interest rates to 2.25-2.50 percent has hardly helped the dollar, which typically rallies in the aftermath of rate increases. Reports said US President Donald Trump has considered firing Fed Chair Jerome Powell as he believes central bank rates are too high, and could affect the stock market and stifle economic growth.

Although subsequent reports alleged Trump in fact had no intention of firing Powell, investors have grown increasingly sceptical of the US news cycle as well.

In addition, the US government is technically in a shutdown, and the prospect of an extended period of subdued federal spending has weighed on US GDP growth outlook, adding to the downside pressure on the dollar.

The yen's revaluation, however, is likely to be short-term, as the Bank of Japan's (BOJ) negative-rate policies are expected to absorb the upward pressure on the national currency.

"Beyond risk-off, we can see dollar/yen sell off more towards 110 if the repatriation and hedging flows start to pick up", Oanda's Innes said.

However, the Swiss franc could extend gains, some economists say due to the increasing financial instability across the European continent.