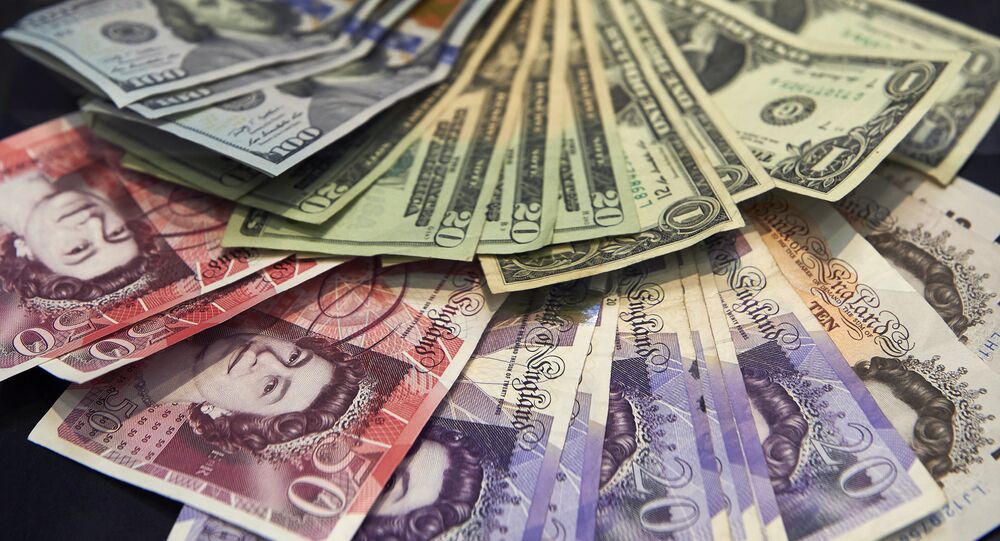 A solid labour market and high consumer confidence continue to drive Britain's economic expansion despite mounting political tensions and the impending – and potentially messy – separation from the EU.

Kristian Rouz — The UK economy shows no sign of slowing down despite the mounting uncertainty over the nation's looming divorce from the EU. According to the latest figures from the Office for National Statistics (ONS), solid consumer spending drove acceleration in the third quarter GDP growth despite mounting household debt and subdued wage inflation.

Officials said this final reading reflects an increase in household spending during the late-summer heat wave and this year's football World Cup — which, despite being held in Russia, Britons went out to see at sports bars and the like at home.

Additionally, the construction and service sectors show signs of a continued acceleration, while factory output reversed the losses of the first two quarters of the year, and posted a solid rebound as well.

"There was also likely an ongoing catch-up of activity lost to the extremely cold weather in the first quarter. Certainly, this helped the construction sector", Howard Archer of the EY ITEM Club said.

The new ONS report comes amid elevated tensions between the UK and EU after a majority of British MPs said they would reject a proposed Brexit deal — which Prime Minister Theresa May and European officials had agreed upon earlier. The British government is already preparing for a "no-deal" Brexit and is drafting contingency plans to mitigate the possible impact on UK businesses.

© CC0
Professor Reveals Reasons for UK Economic Problems Amid Brexit
For their part, British private sector enterprises are preparing for what they see as the worst outcome of the Brexit process. Over the past several months, UK businesses have cut investment plans, especially, in the financial sector, while some companies also sought to reduce their exposure to leverage.

However, despite a possible investment crunch, economists say the UK economy posted a surprisingly sold pace of expansion in the third quarter. Annual growth accelerated to 1.5 percent in Q3 from 1.4 percent in the second quarter.

Some economists say very low unemployment is one of the main factors behind the ongoing economic expansion cycle.

"The UK's labour market is in a very healthy position, with employment at record levels and pay growth at pre-2008 highs", Stefan Koopman of Rabobank said.

For its part, ONS also said the UK's foreign trade deficit had narrowed over the reporting period — down to £6.5 billion from £6.8 billion in Q2. British exports rose 1.1 percent in the third quarter compared to a 1.4-percent contraction in the previous period. Imports added 0.8 percent compared to 0.1 percent in Q2.

The ongoing changes in the British economy are seen as setting a positive longer-term trend, some economists say, as a combination of a stronger manufacturing sector, domestic consumption, and higher exports, could potentially attract foreign investment even in the most dramatic post-Brexit fallout with the EU.

"Economic growth has been sluggish this year. But it has not been disastrous and we are not in recession", Laith Khalaf of Bristol-based financial services company Hargreaves Lansdown said.

But others say the British economy could dramatically slow down as soon as in this outgoing quarter (4Q18).

"Growth in the fourth quarter is expected to be limited by relatively weak consumer spending amid fragile confidence and still limited purchasing power, while business investment is expected to be curbed by heightened Brexit uncertainties", EY ITEM Club's Archer said.

© East News / PhotoNonStop RM
UK Cannabis 'Black Economy' Estimated at 6 Billion Pounds Annually - Pundit
Meanwhile, ONS officials stressed their longer-term economic outlook remains subdued due to the heightened uncertainty over the Brexit process. They say the UK would likely be growing faster if not for the political tensions both in EU relations and in Westminster as well.