The rare white metal is currently trading at $1,262.60 per ounce, whereas the gold price amounts to $1,241, in the wake of a demand-fuelled rally, which is set to continue in the upcoming year.

Palladium has drastically gained recently, even topping gold, although it hasn’t traded as a premium precious metal over the past 16 years, Bloomberg reported.

Demand for the metal in building automobile smog-control devices has shot upwards as more and more people switch from diesel to good old petrol-powered vehicles, amid an overall dip in fuel prices around the world, according to weighted average data published on globalpetrolprices.com

“People are grasping for whatever ounces of material they can get” in the palladium market, Tai Wong, head of base and precious metals trading at BMO Capital Markets, said, adding that it is costly to borrow it, which is the peculiarity of the metal that propels the spot price higher.

According to the precious metal investment website Apmex, palladium is the only one among the widely traded metals that has been climbing in price over recently, in contrast to gold, silver, and platinum. As of Wednesday, the extremely rare, silver-white metal traded at $1,262.60 per ounce, which is 1.57 percent up from the day before. Gold meanwhile trails behind, having fallen 0.22 per cent to $1,241. 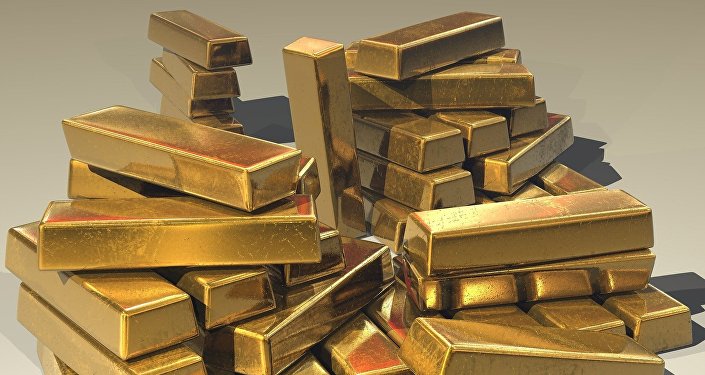 London-based Metals Focus Ltd. predicted that palladium’s deficit is poised to widen still further to about 1.4 million ounces as we are entering a new year. Amid a stable supply in 2019, demand from the automotive segment is expected to grow, according to Junlu Liang, a senior analyst at the consulting firm. Some, meanwhile, see part the reason for the strengthening of palladium in a number of setbacks the gold has been going through.

“The narrowing of the ratio is as much about the strong performance of palladium as about the poor performance of gold”, Bloomberg cited Chirag Sheth, an India-based consultant with Metals Focus, as saying.

An estimated over 50 percent of palladium, known for its rather low melting point and density, is used in the automotive industry to create catalytic converters, which reduce the amount of carbon monoxide emitted by petrol-powered vehicles. Palladium is also used in electronics, dentistry, jewellery, groundwater treatment, and chemical manufacturing, and is thereby considered a lucrative investment, according to Apmex.

Speaking about the car market alone, as many as 81.5 million automobiles are expected to be sold by the end 2018 around the world, 2 million up from last year, which also accounts for a stable rise in palladium demand.

Is 'Boring' Gold About to Get Exciting?