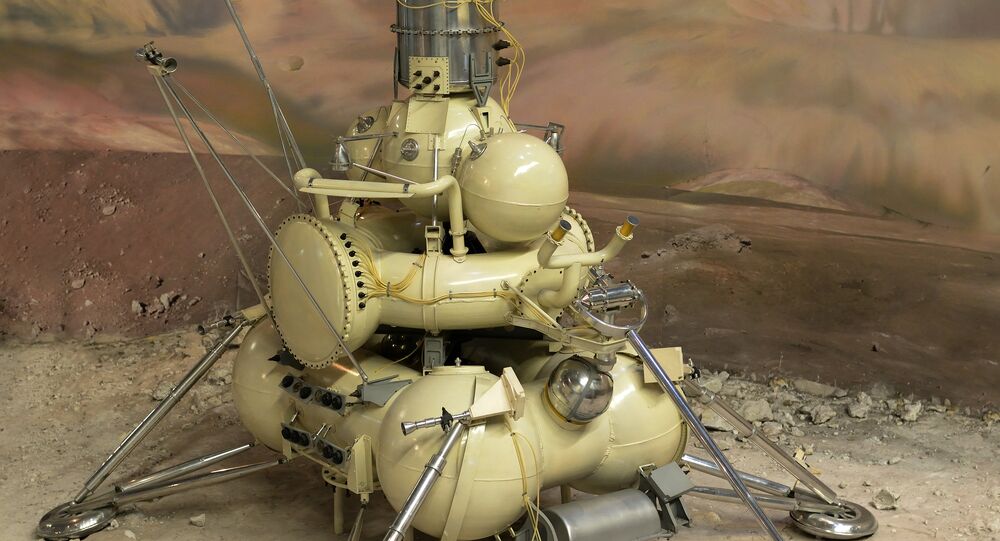 Three small pebble-like pieces of our moon brought back to Earth by a USSR space mission sold at a New York City auction on Thursday for $850,000.

© CC0
NASA Pledges to Return to Moon ‘Sooner Than You Think’
Harvested by an unmanned lunar explorer launched from the former Soviet Union in 1970, the particles were originally given to the widow of Soviet space program director Sergei Pavlovich Korolev, Nina Ivanovna Koroleva, following the death of her husband, in honor of his contribution to the USSR space program.

The small bits of moon rock brought $855,000 during a Thursday auction, sold to a private US buyer who wished to remain anonymous. The pieces were last purchased in 1993 for a reported $442,500.

The diminutive moon rocks — at about 0.079 x 0.079 inches — were scraped from the surface by the Soviet moon mission and are the only known example of lunar detritus in private hands.

Launched on September 12, 1970, the robotic Luna-16 Soviet moon exploratory mission landed on the lunar Sea of Fertility and, while stationary, drilled core samples into the surface. The entire mission lasted 12 earth days, landing back on Earth on September 24 with samples intact.

The ability to purchase pieces of the moon is very rare, as all NASA artifacts remain in the hands of the US government, according to Dw.com.

Space exploration objects command hefty fees at auction. Last year, Sotheby's sold a "Lunar Sample Return" bag laced with moondust used in 1969 by US astronaut Neil Armstrong during the first manned mission to the lunar surface, for a reported $1.8 million.

Russian Cosmonauts Expected to Land on Moon After 2030