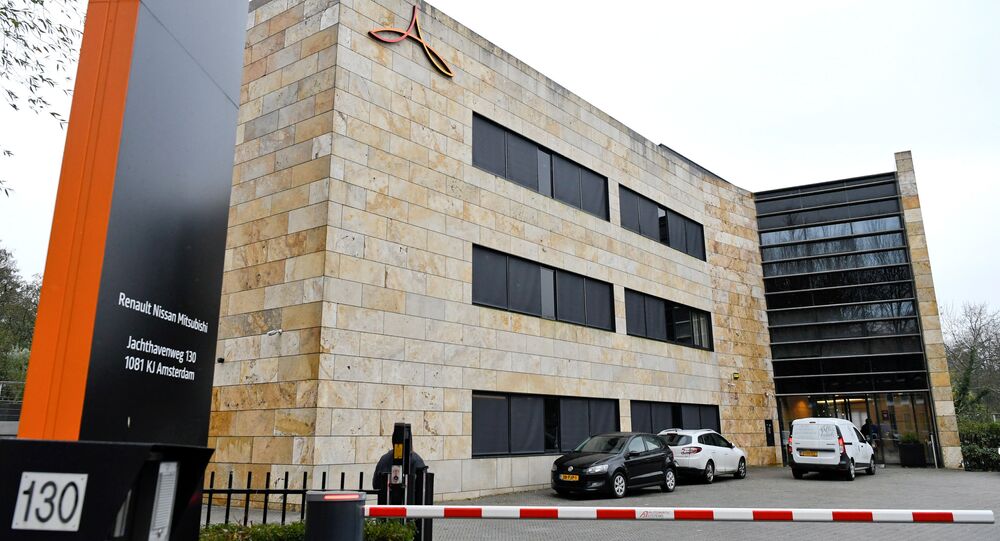 The recent arrest of former Nissan chairman Carlos Ghosn over suspected financial misconduct has put the 19-year alliance between the French and Japanese automotive giants under immense strain.

Earlier Friday, Japanese media reported that ex-Nissan Motor Co chairman Carlos Ghosn's incarceration would be extended for another 10 days, following his arrest November 19 along with fellow alleged co-conspirator Greg Kelly, another Nissan director, on fraud charges. Prosecutors accuse Ghosn of deliberately understating his salary by some 3 billion yen ($27 million) between 2015 and 2017, a crime which may land him in prison for up to 10 years.

© AP Photo / Itsuo Inouye
Nissan Ex-CEO Understates Salary by $27Mln, Faces New Criminal Case - Reports
Renault, Nissan and Mitsubishi emphasised Thursday that they remained 'committed' to their alliance, but failed to name an interim boss to stand in for Ghosn, who was let go by Nissan. He remains chairman of Renault.

Nissan CEO Hiroto Saikawa has expressed a desire to loosen Renault's grip over the alliance, despite the fact that a 2002 master agreement stipulates that the partnership is chaired by the CEO of Renault. The French company currently controls over 43 percent of Nissan's shares, while Nissan holds just 15 percent of those of Renault, and has no voting rights.

© AFP 2021 / YOSHIKAZU TSUNO
Nissan Stocks Slump After CEO Ghosn Arrest, Renault Searches for Interim Chief
President Emmanuel Macron increased the French government's stake in Renault in 2015 while he was serving as economy minister under Francois Hollande. According to Reuters, the seeds of the current Renault-Nissan crisis over Ghosn were sown amid the 2015 events, with Nissan reportedly concerned that Paris's move effectively meant the Japanese company was under the control of the French government.
...
Reddit
Google+
Blogger
Pinterest
StumbleUpon
Telegram
WhatsApp
01