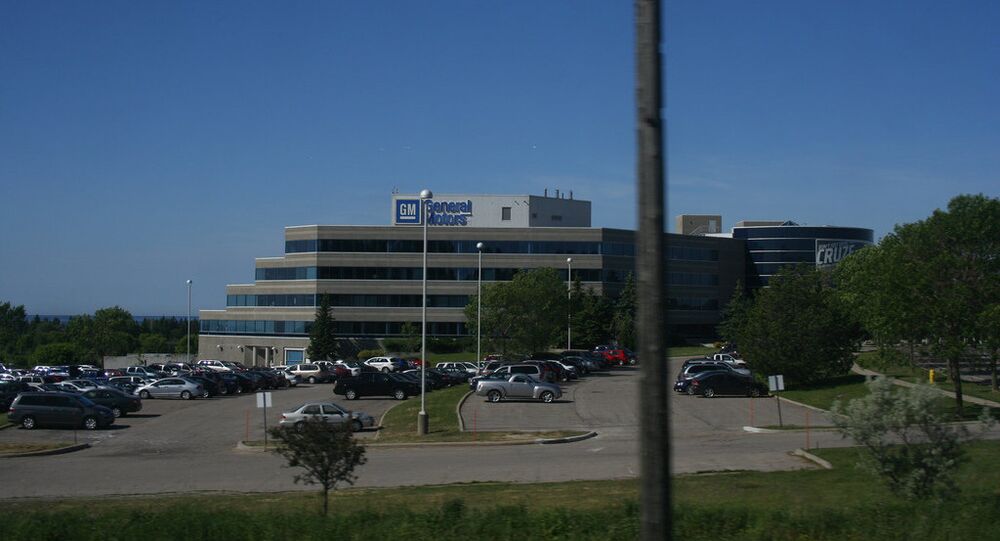 On Monday, General Motors revealed a restructuring plan entailing a cutback in its workforce by 15%. The decision has been slammed by Canadian Prime Minister Justin Trudeau, who called it 'disappointing'.

The closure of GM's largest plant, located in the Canadian city of Oshawa, Ontario, will leave more than 2,500 employees out of work, as CTV News Toronto reported, citing multiple anonymous sources. This is taking place despite the fact that the Oshawa facility is considered to be one of the most efficient in the GM family, receiving numerous awards in the past.

The report echoes the announcement made by General Motors on November 26, concerning their plan to stop production at a number of plants in the US and Canada next year and cut more than 14,000 jobs in a massive restructuring that will cost up to $3.8 billion.

Workers at the plant, which is known for being one of the best places to work in Canada, have expressed their disappointment, saying that the effects would probably create obstacles for future generations, as they have ‘got no jobs on the horizon'.

On Tuesday, Canadian PM Justin Trudeau met with Jerry Dias, president of Unifor (a merger of the Canadian Auto Workers and Communications, Energy and Paperworkers unions), to discuss the issue.

After the meeting, the incumbent president of Unifor said that there is likely to be 'one hell of a fight', as Trudeau, according to Dias, 'doesn't view it as a fait accompli — he's going to roll up his sleeves and fight with us'.

Reuters
Bankruptcy for General Motors
After the announcement of GM's decision regarding the closure of the Oshawa facility, Justin Trudeau pledged to do ‘everything' possible to help the workers of the plant.

GM's decision and its consequences have been criticized by US President Donald Trump, who has threatened the automobile company by cutting all US subsidies.

General Motors went bankrupt in 2009, pursuing the aim of adapting itself to changes in the car industry, where driverless cars could wind up dominating in the near future.