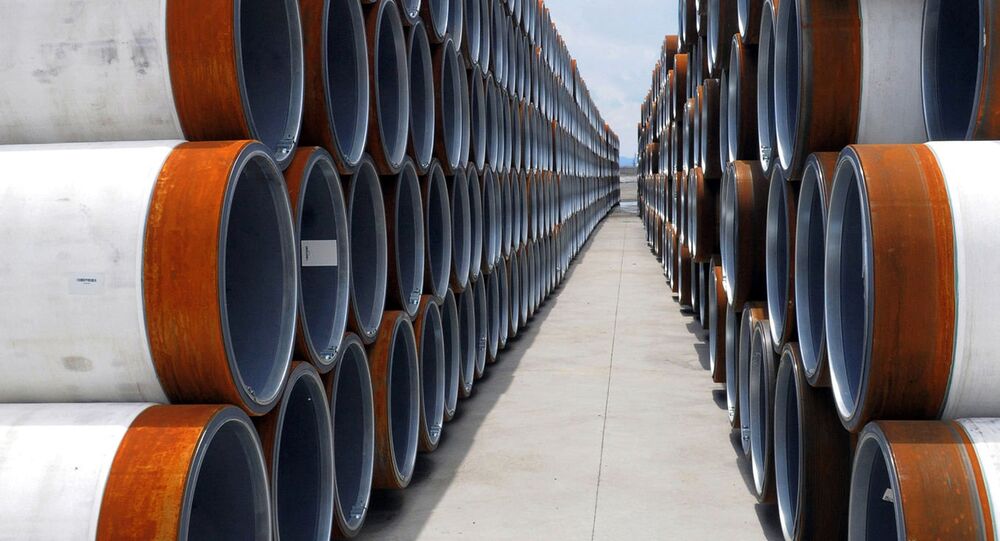 BELGRADE (Sputnik) – Everything is ready to start building the extension of the TurkStream gas pipeline into Serbia and requests for approval have already been submitted with the country's authorities, Srbijagas Director General Dusan Bajatovic said Tuesday.

'Everything is ready for the construction of the gas pipeline', Bajatovic said while aired on PRVA TV.

The Srbijagas CAO said that there should not be any problems with getting construction permits, and that these have already been requested from the Energy Agency of the Republic of Serbia.

Bajatovic also noticed that the project is currently under consideration by the South East European Energy Union, and emphasized the differences between the TurkStream pipeline and the canceled South Stream.

'South Stream was implemented under international conventions, while everything that is happening now takes place under the Serbian energy law, which is following the rules of the [EU] Third Energy Package,' Bajatovic said, adding that the negotiations with Bulgaria about the pipeline coming from its territory will take place on December 15, 2018.

© Photo : TurkStream
Next Stage is to Agree on the European Section of TurkStream – Spokesman
Previously, Serbian Minister of Foreign Affairs Ivica Dacic said that Serbia is 'counting on TurkStream' because the project will provide consistent gas supply and allow the country to become a transit state for gas logistics.

The TurkStream gas pipeline consists of two lines with capacity of 15.75 billion cubic meters per year. The first leg will bring gas from Russia to Turkey through the Black Sea, while the second leg will supply gas to Southern and South-Eastern Europe. The pipeline is planned to be set into operation by the end of 2019.

Greece Interested in Extending TurkStream to Its Territory - Source