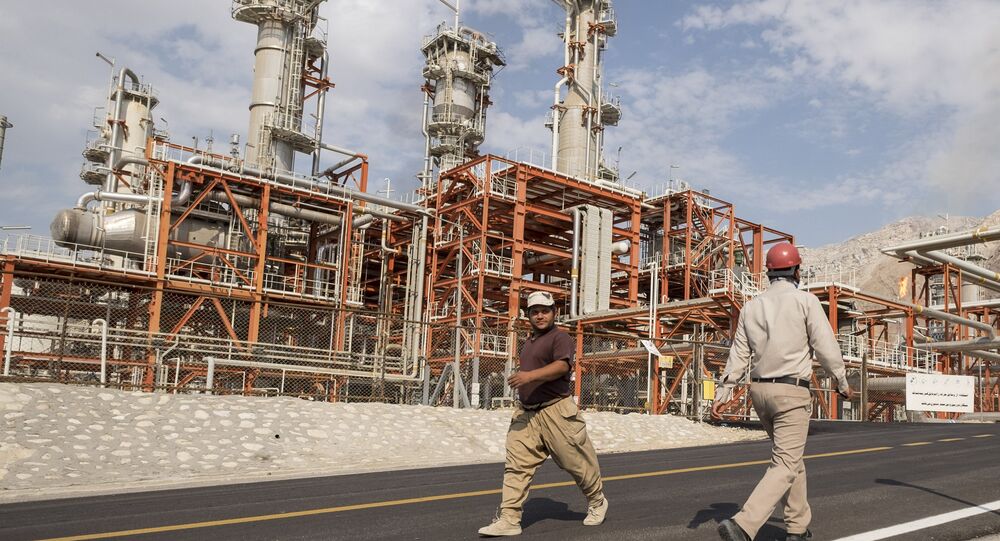 The development comes after months of speculation that the Chinese state-owned CNPC could replace France’s Total after it announced a decision to abandon the Iranian South Pars project due to imminent US anti-Tehran sanctions that could potentially expose the French oil & gas behemoth to secondary restrictions.

“China’s CNPC company has officially replaced Total in Phase 11 of South Pars, but it has not started work. Talks should be held with CNPC to determine when it will start its operational and executive activity,” he said.

Last year, the French oil giant signed a contract with the National Iranian Oil Company (NIOC) and CNPC to develop Phase 11 of the South Pars field with an initial investment of $1 billion.

Total, which owned a 50.1 percent stake in South Pars, pulled out of the project in August after failing to obtain a waiver from the United States.

“As for the future of Total’s share, we have not been informed of an official CNPC position, but as we have always said, CNPC, a Chinese state-owned company, has the right to resume our participation if it decides so,” Total said at the time.

CNPC holds a 30 percent stake in the project, while NIOC subsidiary PetroPars owns the remaining 19.9 percent.

© REUTERS / Raheb Homavandi
Iran Warns of 'Hurtful' Times for Oil Buyers as US Sanctions Kick In
Until the French conglomerate announced its decision to scrap the project, three signatories to the deal planned to invest nearly $5 billion over 20 years to reach a production capacity of 400,000 barrels of oil per day.

Washington threatened to introduce secondary sanctions on companies doing business with Iran in the wake of its decision to unilaterally withdraw from the 2015 landmark nuclear deal with Tehran and reinstate restrictions against the Islamic Republic.

The announcement prompted a number of European companies to leave the Iranian market in a bid to avoid sanctions, while EU nations struggled to salvage the nuclear deal and find a way to bypass the country’s ultimatum.