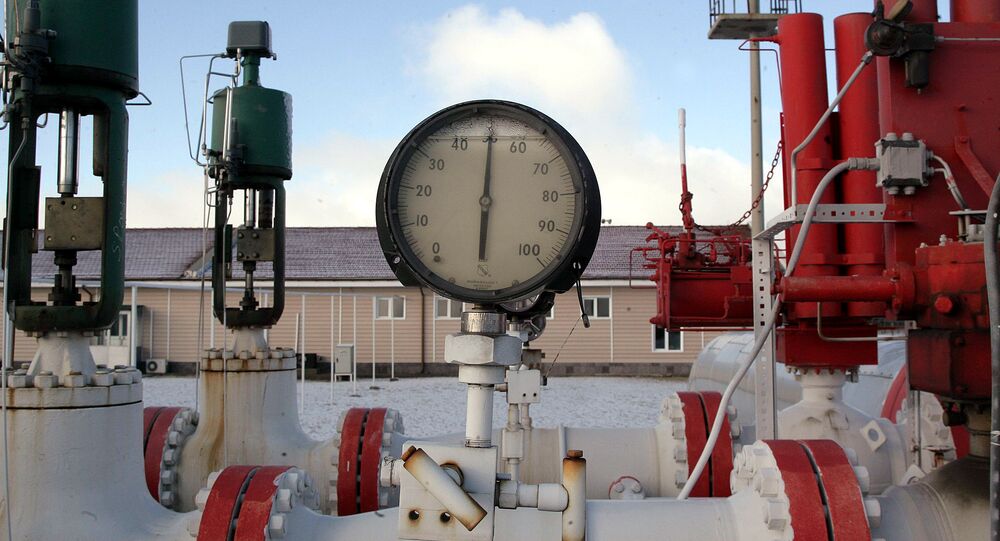 The pipeline is intended to have a capacity of 12 billion cubic meters of gas per year.

Israel has reportedly closed a deal with Greece, Italy and Cyprus to build a 2,000-kilometer underwater gas pipeline from its Leviathan and Aphrodite offshore gas fields, according to local Israeli media reports.

The pipeline, almost twice as long as Russia's Turk Stream pipeline, is estimated to cost $8 billion, and is said to be world's deepest underwater gas pipeline.

Israel believes the construction of the pipeline will "forge strategic ties" within the region, according to a report by Hadashot. Israel also believes gas exports will decrease the influence of Arab nations in Europe.

"For decades, we have complained about the Arab influence in Europe due to oil and gas. The export of gas to Europe will moderate this influence to a certain extent and be a counterweight to Arab power," Energy Minister Yuval Steinitz said in an interview.

© AFP 2021 / AHIKAM SERI
Israel to Sell Gas to Egypt, Jordan and Plans to Go to EU Market - Energy Minister
Egypt, the only Muslim nation besides Jordan which has a peace treaty with Israel, also seeks to export its newly discovered gas reserves, and has expressed interest in joining the project. Prior to the discovery of the Mediterranean gas fields, Israel bought gas from Egypt, but the land portions of the pipeline have been frequently targeted by Egyptian jihadists in 2011-2012.

The Leviathan gas field, discovered in December 2010, is one of the largest young gas reserves in the world. According to the US Geological Survey, Leviathan's volume of undiscovered reserves amounts to some 620 billion cubic meters of natural gas.