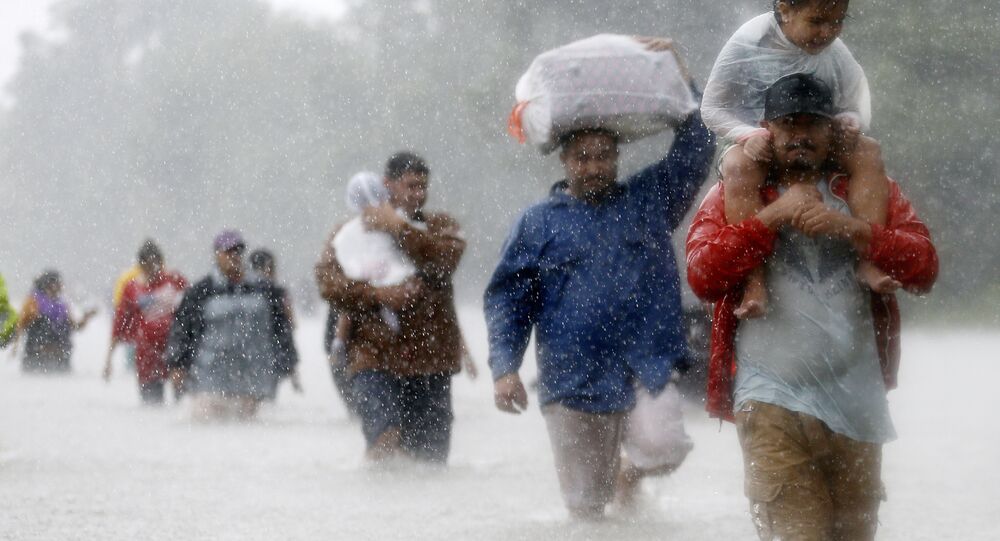 What to Expect: New US Report Details Dire Consequences of Climate Change

The consequences of human-induced climate change will hammer the economy of the United States, destroying infrastructure and killing an unknown number of Americans over the next 80 years, according to the new federal report.

© REUTERS / Stephane Mahe
New Report Reignites Climate Change Debate Within US Gov't
Fuel shortages and increasing power outages will only be part of what the Fourth National Climate Assessment by the US Global Change Research Program report notes will be the dire consequences of the "cascading effect," cited by the Guardian.

The toll that climate change has already begun to wreak on the US economy includes damages to the tune of hundreds of billions of dollars between now and 2100, according to the new federal report.

"Earth's climate is now changing faster than at any point in the history of modern civilization, primarily as a result of human activities," notes the federally-mandated report filed on behalf of 13 individual US government agencies.

"The impacts of global climate change are already being felt in the United States and are projected to intensify in the future — but the severity of future impacts will depend largely on actions taken to reduce greenhouse gas emissions and to adapt to the changes that will occur," the report adds, cited by Science Magazine.

Originally scheduled for a December release, the National Oceanic and Atmospheric Administration (NOAA) announced Wednesday that it would be release the alarming climate report on Black Friday, the day after the US Thanksgiving holiday.

By publishing reports on the day after Thanksgiving, news sources in the US — notably those in government — are generally thought to be attempting to minimize public impact, particularly as Americans are thought to limit their media intake over holidays, according to NBC News.

Statements, warnings and projections contained within the US government-funded report are consistently dire, as point after point is made noting the disastrous effects of global warming as a result of human-induced climate change, particularly as it is now impacting the United States.

The report not only details how global warming is stoking wildfires in California and increasingly powerful hurricanes in southern states, but also notes that these ecological threats are only getting worse, as droughts and additional wildfires in the South are likely, alongside increased flooding along Atlantic and Gulf coasts.

The report notes that global environmental impacts brought about by climate change are beginning to affect US trade and the quality of life for its citizenry.

"The impacts of climate change beyond our borders are expected to increasingly affect our trade and economy, including import and export prices and US businesses with overseas operations and supply chains," the report observes, cited by NBC News.

"With continued growth in emissions at historic rates, annual losses in some economic sectors are projected to reach hundreds of billions of dollars by the end of the century — more than the current gross domestic product (GDP) of many US states."

The report pulls no punches regarding the urgency of getting citizens, groups and government to take action to mitigate the threat, citing the "cascading effect' of individual networks upon others.

"Extreme weather and climate-related impacts on one system can result in increased risks or failures in other critical systems, including water resources, food production and distribution, energy and transportation, public health, international trade, and national security," states the report.

"Expected increases in the severity and frequency of heavy precipitation events will affect inland infrastructure in every region, including access to roads, the viability of bridges, and the safety of pipelines. Flooding from heavy rainfall, storm surge, and rising high tides is expected to compound existing issues with aging infrastructure in the Northeast," notes the report.

The report also affirms that humanity is well along the path of widespread destruction, but offers opportunities to stem some of the more dire threats, including cutting down on greenhouse gas emissions and moving to upgrade the aging infrastructure of populated areas.

"Actions to plan for and adapt to more frequent, widespread, and severe coastal flooding, such as shoreline protection and conservation of coastal ecosystems, would decrease direct losses and cascading impacts on other sectors and parts of the country," according to the study.